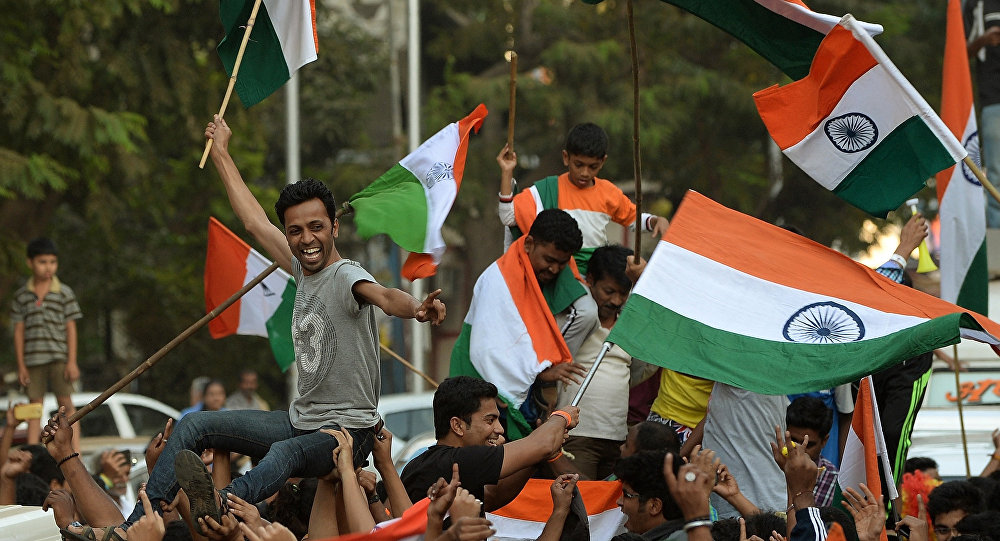 New Delhi (Sputnik): Indian team hailed by the Twitterati after it clinched the two-match test series held in the West Indies as part of World Test Championship. The Virat Kohli-led Indian team literally crushed the host team in the 2nd Test match by 257 runs to clinch the series 2-0.

The second test match was played at Sabina Park in Kingston, Jamaica.

The West Indian batting line-up fell like a pack of cards in front of a spirited Indian bowling attack as they chased a massive target of 468 runs in the 4th inning.

The Windies side was bowled out to a paltry score of 210 as Indian bowlers Mohammad Shami and Ravindra Jadeja bagged three wickets each, and Ishant Sharma got two scalps.

Indian speedster Jasprit Bumrah, who picked up seven wickets in the match giving away only 58 runs, emerged as the star of the show. His fast and disciplined spell in the first innings also included a hat-trick, making him only the third Indian bowler in Test cricket history after Harbhajan Singh and Irfan Pathan to achieve the feat.

What a bowler Jasprit Bumrah is 🙌 pic.twitter.com/TDAeoBxgnl

With this win, the Virat Kohli-led side collected all the 120 points available in the World Test Championship race and retained their position as the no.1 side on the Test championship’s points table.

Hey Virat, where are India in the World Test Championship table? ☝️#WIvIND pic.twitter.com/wzYG1eqisl

Feels great to get win our first series in the Test Championship. 💪🏼
Thorough performance by the team overall, blessed to be a part of this special unit. 😇 pic.twitter.com/83tb8LoJNJ

A great win, an outstanding team effort and tons of happy memories.🔥🔥💪 pic.twitter.com/waZtQpaWDV

Former cricketers, fans and experts also joined the celebrations and congratulated the Indian side for their emphatic victory.

Congratulations to Team India on a fabulous series win.
It’s been a joy to watch @Jaspritbumrah93 in this series. His hat-trick was special and the progress he has made in Test cricket has been absolutely terrific.#WIvsIND pic.twitter.com/OvbvoTJUk0

As comprehensive a win as it gets for Team India and a great start to the World Test Championship. #IndvWI

2-0 as expected. India's bowlers were too powerful, too relentless. And Bumrah was outstanding. Big plus the performances of Rahane and Vihari. And Ishant who is playing his best cricket for the last 18-24 months.

✅India beat West Indies by 318 runs
✅Biggest win for India in away Tests by margin of runs (prev. 304 vSL,2017)
✅Most away Test wins as an Indian Captain:Virat Kohli(prev. Ganguly 11)
✅60 points in Test Championship, Table toppers

Earlier, India had put up a score of 416 in the first innings, as they chased the Indian lead, the West Indies side was bowled out to a submissive score of 117 in the second inning. India declared the third inning at a score of 168/4, setting a mammoth target 400 plus target to chase for the Windies batsman on a deteriorating 4th-day wicket.
Against a disciplined Indian bowling line up, the Caribbean batsmen had little to offer as they were bowled out to their second consecutive defeat in the two-match Test series.
With this victory, Team India has managed to maintain their unbeaten streak on their Caribbean tour. Earlier, the Indian side had whitewashed the West Indies side in the One-Day Internationals and T20 series by 2-0 and 3-0 respectively.