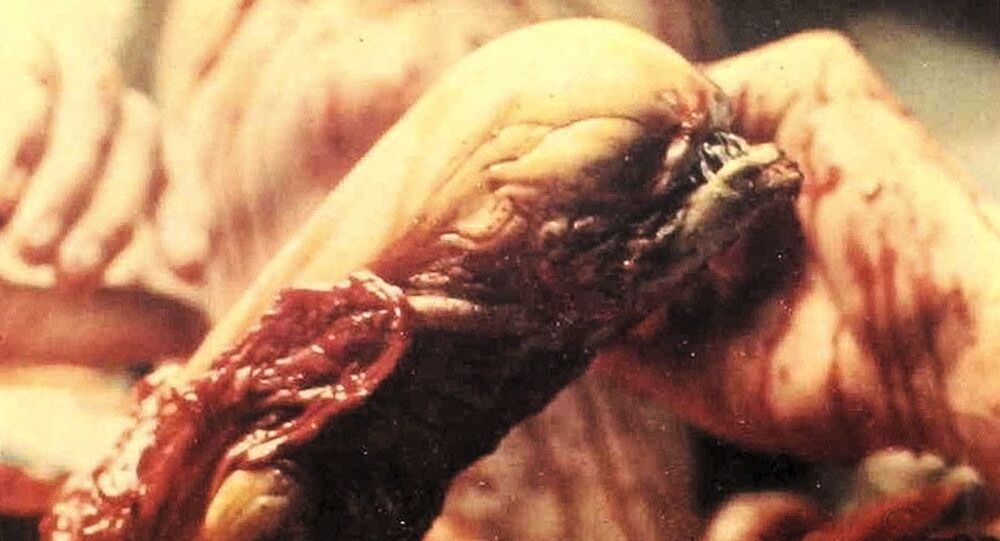 The centre of the captured sea animal appeared to contain blood vessels that rendered the whole body creepily murky and made it look exactly like a horror scene from the movie Alien.

A fisherman off Alaska's coast has rendered an Internet audience speechless after he grabbed hold of a weird-looking, deep-sea animal that stretched dozens of pulsating tentacles growing out of a murky, apparently blood-filled centre into the plasm of the man’s hand.

Although the video originally appeared on Facebook last month, it has received over a million views over the past several weeks and continues to garner likes.

"I hope you put it back", one wrote, while another stated that the sight is nothing short of nauseating:
"This makes me feel so sick and uncomfortable", he put it, while many more suggested that the animal should be put back into the sea, its natural habitat.

The creatures that bear a striking resemblance with the supernatural character from Ridley Scott’s hit horror movie Alien are commonly referred to as Basket stars, or Shetland Argus, being closely related to starfish.

Spot an Octopus: Amazing Sea Animal Blends in With Environment