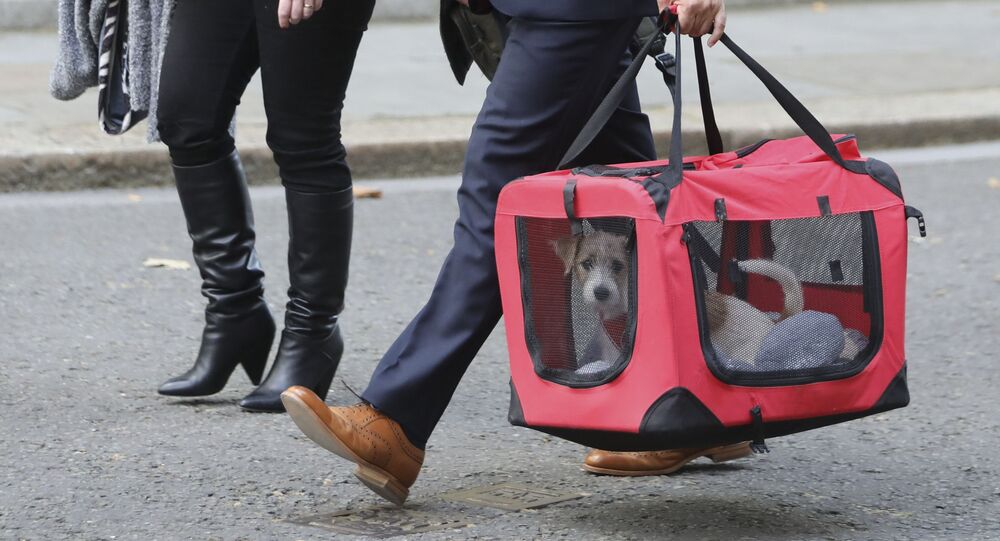 Downing Street, the main centre of the British government for almost 300 years, is already home to a brown and white tabby cat who has the official title of the "Chief Mouser to the Cabinet Office".​

A charming Jack Russell-cross puppy was captured on photo and video while being brought to the doors of Downing Street 10, in a red dog carrier, the Mirror reported. UK Prime Minister Boris Johnson's new puppy is ready to take its place in a flat above No11, which was renovated during David Cameron's time in office, the reports say.

BREAKING: The new No10 dog has arrived in Downing Street.

The 15-week-old puppy was adopted by Johnson and his partner Carrie Symonds.  According to the Mirror, the little pup was abandoned by its owner for having an undershot and misaligned jaw.

Unlike 12-year-old tabby Larry, who belongs to No10 and has lived there under three Prime Ministers, the terrier reportedly belongs to Boris Johnson and his girlfriend personally.

According to reports, the Jack Russell-cross dog has been specially trained to live with a cat in order to avoid conflicts between the two pets.