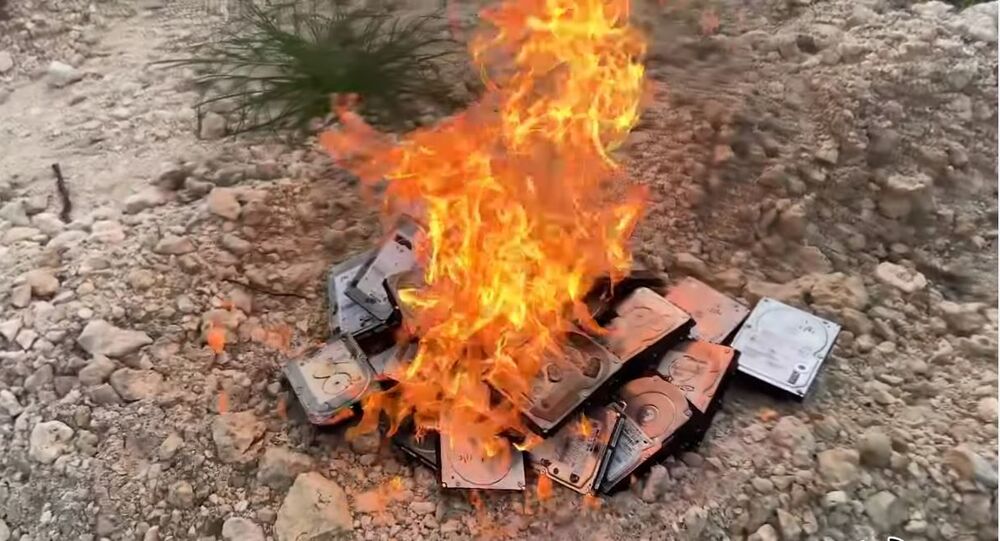 The company claims it did not extract user credentials before literally burning the database down.

The website’s front page now displays a statement by BangBros, explaining that personal data on some 15,000 performers was published on this domain.

“That type of information wasn’t voluntarily submitted. It was stolen from anyone that had it posted,” the statement says.

“There’s no catch. No hidden thing to getting your personal stuff off of it. We simply didn’t want it out there for the world to see anymore. Yes, it’s that easy,” the statement says.

BangBros says all data, which included some 300,000 forum posts, has been deleted permanently. The front page provides a link to a short video which shows flammable liquid being poured on a pile of PornWikiLeaks hard drives and a fire subsequently set.