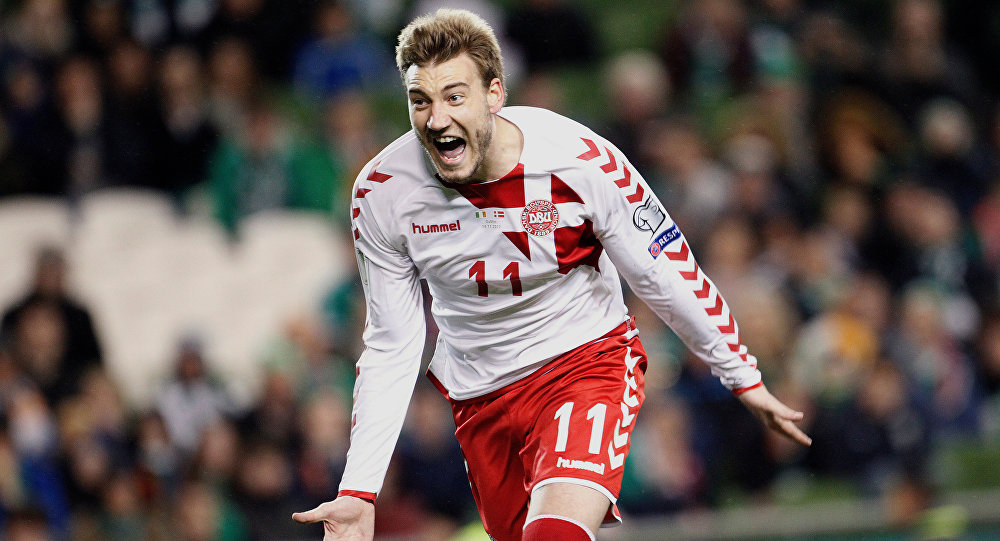 Former Arsenal star player Nicklas Bendtner, who was involved in an assault scandal last year, has melted hearts of his fans but also raised some eyebrows after posting a video of his girlfriend dancing in nothing but a skirt.

Nicklas Bendtner, a 31-year-old Danish football player, has shocked his followers with a playful video of his model girlfriend dancing topless.

The video was originally published on Bendtner’s Instagram but has since been deleted. It features the ex-Arsenal star’s girlfriend Philine Roepstorff, who climbs on top of a wheeled suitcase and rides it across the room with music playing in the background. Roepstorff then smiles happily for the camera and continues her dance, at times attempting to pose like Superman.

She was wearing nothing but a tiny skirt.

Bendtner, who was filming his girlfriend’s dance as they celebrated her birthday, was also caught on camera looking blessed, despite a turbulent year of headline-grabbing scandals. following the footballer’s split with the mother of his son, Danish baroness Caroline Iuel-Brockdorff.

Bendtner's fans were excited to see him happy; they called him 'Lord Bendtner'. THe footballer scored a royal title when Danish tabloid Se og Hør bought less than a square metre of land in Scotland in 2015 to grant the footballer a Lordship in what Bendtner saw as a “fun gimmick” gesture.

Some users, however, questioned footballer’s move, claiming it was an inappropriate 'birthday gift'; he and his girlfriend have been together for a year now.

​Nicklas Bendtner was a star striker for Arsenal but parted ways with the club in 2014. After several spells with Birmingham, Sunderland and Nottingham Forest, he currently plays for the Norwegian team Rosenborg.

He was involved in a violent scandal last year, when the footballer assaulted a taxi driver and broke his jaw, landing him in jail and tarnishing his reputation.

“I could not imagine it would develop as it did, and of course I’m extremely sad that the outcome became as unfortunate as it did," commented Bendtner at the time, noting that he bitterly regretted having hit the man. “To Rosenborg fans and audiences, I regret that this has happened. I’m sorry with all my heart that we are standing here today.”