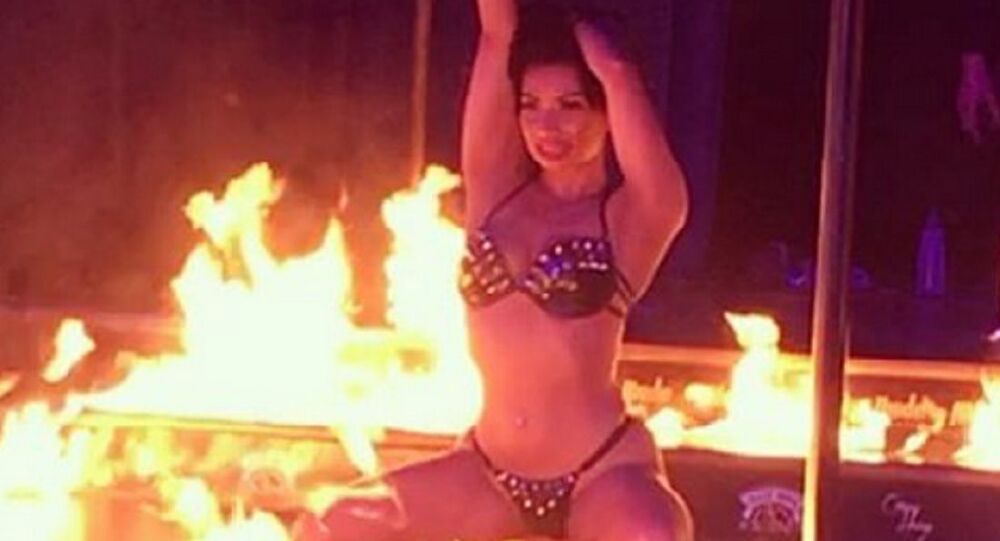 The 'Crazy Horse' strip club in the Australian city of Adelaide was urgently evacuated early on Wednesday after a really 'hot' dance by a 'Miss Nude Australia' contestant set the stage aflame, The Mirror reported.

Strip dancer Harley Van Dangerfield was routinely performing in the club when something went wrong. According to media reports, the stage accidentally caught fire during a pointedly provocative dance and the blaze spread quickly inside the venue. Club staff quickly called the fire service.

A spokesperson for the Crazy Horse told local media that damage was done to curtains and the stage to the tune of some $3000. The stripper was reportedly disqualified from the Miss Nude Australia contest after the failed stunt.

Later, Van Dangerfield apologized for the incident via a since-deleted Instagram post, cited by The Mirror. "I'm so sorry everyone for everything that happened last night [...] To all the competitors and the management team, it was an accident. I have officially been disqualified, good luck to everyone in Miss Nude this year".

According to Van Dangerfield's Instagram posts, she prefers to stage her performances using special effects, commonly dancing with actual fire.