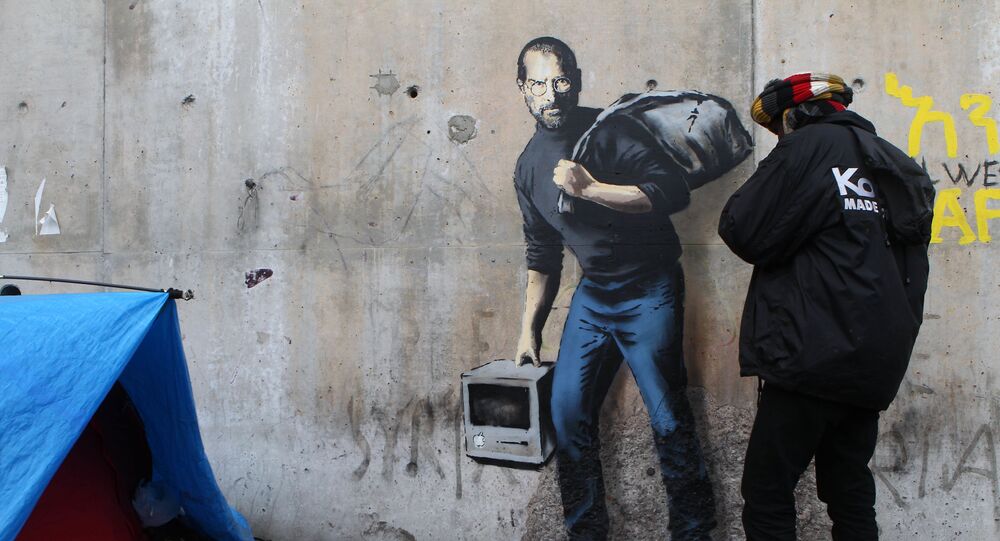 The photo of a bearded grey-haired man in glasses that emerged online has prompted a debate online because the mystery man bears a striking resemblance to the tech visionary, who died almost 10 years ago after a long battle with pancreatic cancer.

The Reddit post titled “Steve Jobs hiding in Egypt after faking his death” that features a snap of a man whose appearance reminds one of the deceased Apple founder has sparked a storm on social media as many rushed to discuss the mysterious “doppelganger”. Like Steve Jobs, the man in the photo, wearing a long beige gown, had a beard and glasses. He was also sitting barefoot, recalling the former Apple CEO’s rumoured habit of brainstorming without footwear on.

​ The post has been up-voted almost 80,000 times and amassed nearly 2,000 comments. The resemblance has made even the most skeptical of commenters doubt.

“I know this is supposed to be a joke, but WTF, this guy looks too much like Steve Jobs to be so random”, one Reddit user noted, while another shared “Even something about the way he sits”.

A user with the handle “saanity” noted the gesture that he was doing with his hands and mouth looked like “a Steve Jobs tick”. Even more bizarre and apparently joking theories emerged in the comments, including the suggestion that it was Jobs’ twin separated at birth or that the visionary faked his death.

However, some preferred to keep it serious and started arguing with the user who posted the photo with the provocative title. One commenter pointed out that Steve Jobs was half Arabic, saying it was not far-fetched, while another debated that the resemblance has something to do with the time the snap was taken.

“Side profile and the night time photography (high contrast of the shadows) could be deceiving. I wonder what this guy actually looks like when you look at him from the front”, the Redditer posted.

Steve Jobs, who led Apple from a firm in his garage to one of the most profitable companies in the world, died in 2011 after years of fighting pancreatic cancer. Several months before his death he stepped down as the company’s CEO.

Dress Like Steve: Jobs' Famous Turtleneck and Other Outfits Up for Auction