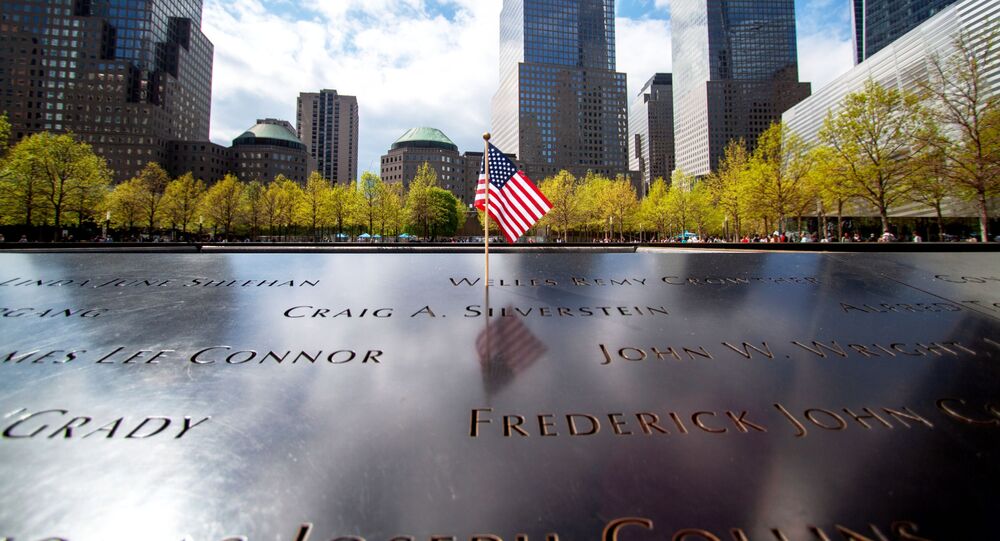 The Young Turks' host, who made his controversial statements on the Twitch streaming platform, was later banned. He later refused to take back his words, downplaying some of them as "satire".

Hasan Piker, a popular streamer and host of the popular left-leaning show The Young Turks, has found himself in hot water over his statements earlier this week, which many people saw as an insult towards 9/11 victims and those who were affected by the horrible terror attack, as he claimed that the US was to blame for the attack.

"America deserved 9/11, dude. F**k it, I’m saying it. […] We f**king totally brought it on ourselves, dude. We f**king did", Piker said during his personal stream on the Twitch platform.

Piker's claims came as he commented on Joe Rogan's interview with Afghanistan veteran and Republican Congress freshman Dan Crenshaw, where the former Navy SEAL asserted that late Al-Qaeda* leader Bin Laden had little reason to attack US and that his actions were "irrational". The Young Turks host further deplored Crenshaw's claims that countries like Iraq and Yemen are "begging" the US to keep its military presence there to avoid a potential power vacuum.

Separately, Piker accused the congressman of hypocrisy for his willingness to send US citizens to more wars after he himself lost an eye in an improvised explosive device explosion incident in Afghanistan.

"Holy s**t. Look at the way that this dips**t is running his f**king mouth, justifying genocide right now […] Didn’t he go to war and, like, literally lose his eye because some Mujahideen, a brave f**king soldier, f**ked his eyehole with their d**k?", Piker said.

The Young Turks host's controversial statements and attacks on the congressman didn't go unnoticed by Twitch, the streaming platform where he made them, which banned Piker's account. Crenshaw himself also reacted on Piker's attacks, deploring YouTube for continuing to give a platform to the "highly radical" left-wing Young Turks show, in which hosts make such deplorable statements.

Alex Jones got banned from YouTube for "hate speech" because he called a drag queen festival an "abomination" for incorporating children, but 'The Young Turks' host Hasan Piker praises Al Qaeda and says that "America deserved 9/11" and co-hosts the largest "news" show on YouTube. pic.twitter.com/SE2DO2rpJE

All big tech doesn't care as long as people follow their agenda, they hate trump and trash talk the right, they won't censor that, its what they want

Others simply stated that Piker and the likes of him are "enemies" of the US if they dare to make such claims about the terror attack that claimed thousands of lives.

Anyone who says America deserved 9/11 - be they a Foreigner, or an American, is an enemy of America.

Likewise, anyone who says something like ‘somebody did something’, is also an enemy of America. #Omar

Obviously he sides with our enemies, he sure speaks like them how very evil.

Some twitterians, however, defended Piker's point of view on the tragic event and its roots.

I’ve said it before, I’ll say it again

We did it ourselves smart guy

The Young Turks is the popular progressive left-wing US news and commentary program, which is based on the YouTube TV platform. It was initially established as a radio show in 2002 but eventually switched to Internet distribution.