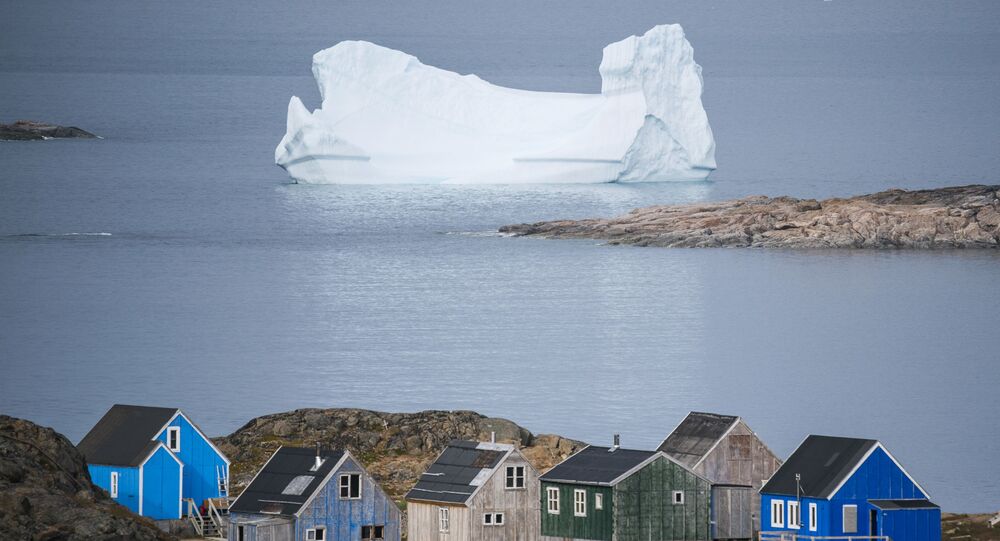 Denmark’s former minister for the environment, Ida Auken, has mocked US President Donald Trump in the wake of his spat with the Scandinavian country over his idea of purchasing the world’s largest island. The POTUS postponed his meeting with Danish Prime Minister Mette Frederiksen after she called his idea "absurd", while he branded her "nasty”.

Denmark’s former Environment Minister Ida Auken has decided to use two things US President Donald Trump apparently cares about a lot – good deals and the world’s largest island – to “sell” him windmill power plants. In a clip that has gone viral in the wake of the Greenland social media craze she mocked the American commander-in-chief over his attacks against windmill power plants, which he accused of causing black-outs, destroying property value, and killing birds.

Along with a mix of her statements and cuts from Trump’s earlier speeches on the issue, she tweeted: “Mr. President - Greenland is not for sale. But Denmark has a much better deal for you!”

Mr President - Greenland is not for sale. But Denmark has a much better deal for you! Watch this. #dkgreen #dkpol pic.twitter.com/mlRwAVzVFg

​In the clip, she argued against some of his claims about wind power, namely that it is unreliable, and harmful to birds as well as people nearby.

“Mr. President, I want to present to you the greatest deal you’ve ever seen. It is so great that I thought that I might actually get your attention by standing here by bird-killing, cancer-causing, blackout-generating wind energy-producing beasts here”, she said in the video, which was filmed in front of wind turbines.

She went on to say that there is no scientific evidence that wind turbines cause cancer, going on to argue that windfarms in northern Europe can produce twice as much energy as all the coal plants on the continent combined, also insisting that it is cheaper than coal. The Danish politician disputed Donald Trump’s assessment that this type of energy is unstable, claiming that in Denmark, where most of the energy comes from wind, they annually have 15 minutes of blackout, while in the US it goes dark for two hours each year.

“Listen to science, listen to your wallet and make a new deal. It’s going to be great”, she insisted, concluding her address with a call on Trump: “Grab your pen, sign the deal and let’s save the climate”.

Her clip, posted on 20 August, has amassed almost 1.5 million views, as well as over 20,000 retweets, prompting a storm in the comments. Many shared their love for Denmark.

This is brilliant. Danish MP talks to Trump about a Deal to save the climate. I love her, and I 💖 🇩🇰!

Are they accepting American refugees...? 🤔

​The former energy minister also received shout-outs from other countries.

This is amazing 🤣 Greetings from Ireland

There's only one thing missing in this clip: a voice-over by @JunckerEU saying "this message is endorsed by the 27 nations of the #EU "

It most certainly is endorsed by me.

​However, some argued with the Danish would-be deal-maker, insisting that she was ill-informed on the matter.

Thats why Germany has to buy
crazy expensive energy from France.

Ida, you are just uninformed.

Wind energy depends on wind. When there ist none, there is no energy. Last weeks blackout in London was caused by a windpark out of control. Nuclear delivers round the clock stable, safe, cheap, low-CO2 energy. Bird-friendly as well. No infrasound pollution. pic.twitter.com/pFQFAQtBVW

​Donald Trump clashed with Denmark earlier this week after he confirmed that he really was interested in the possibility of buying Greenland, the biggest island in the world and which has long been a Danish autonomous territory.

Danish Prime Minister Mette Frederiksen called the idea of buying Greenland "absurd" and refused to discuss the possible sale during his upcoming visit, which was planned for September. In turn, Donald Trump called the Danish prime minister "nasty" and postponed his meeting with Frederiksen.

Greenland is of strategic importance for the development of the Arctic. The US Air Force has operated the Thule Air Base in north-western Greenland since 1943.