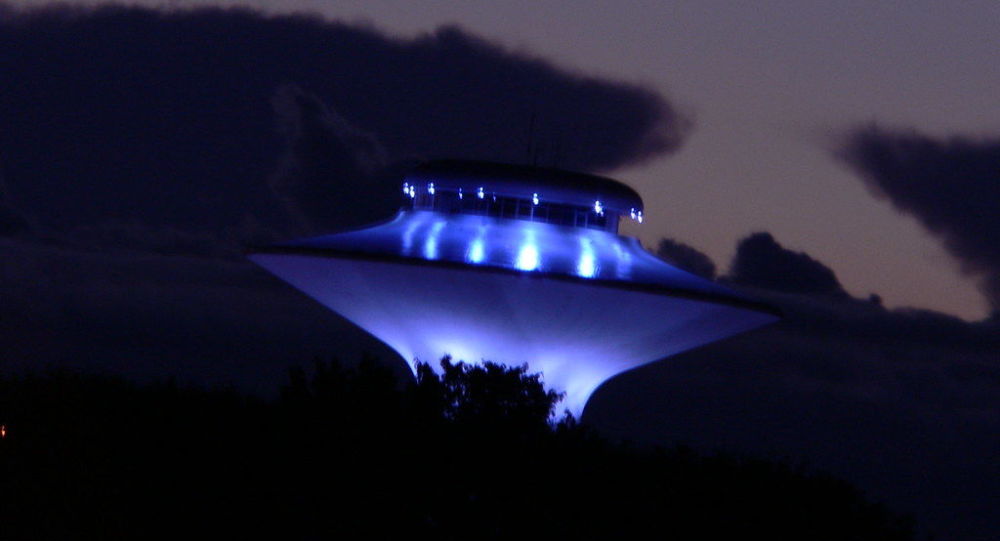 Many social media users were left unimpressed by the enigmatic scene and rushed to debunk claims of a UFO encounter.

A peculiar airborne phenomenon was recently caught on camera over the East China Sea in the vicinity of Okinawa, in what may or may not be a UFO sighting.

A video of the event, which was apparently filmed by a schoolgirl from the top of a mountain near Shurijo, Japan, and later uploaded on The Hidden Underbelly 2.0 YouTube channel, depicts what appears to be a single bright light hovering in the distance, which then dims and splits into two luminous flying objects.

"I was so surprised and cried! Cried with joy and happiness! You can see the flying machine! Now I am sure it is a UFO!!" the video’s caption quotes the girl who recorded the footage as saying.

But the encounter quickly attracted a considerable number of people seeking to debunk claims of a UFO sighting in the comment section, with some netizens arguing that "a light can literally be anything”, while one person who claimed to have lived in Okinawa for six years said that "it’s the military" and that "nothing special" was going on.

Others also joked about Japan having "giant robots" to combat a possible extraterrestrial invasion, and pointed out the emotional reaction of the girl who filmed the video.