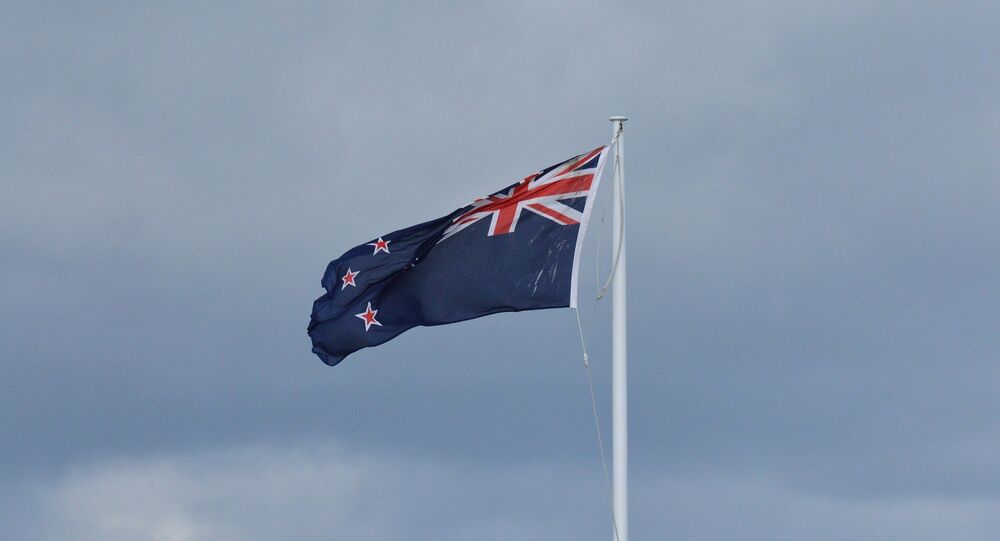 In 2018 New Zealand’s Prime Minister Jacinda Adern became the first politician in the country’s history to take a maternity leave during her time in office; now another New Zealand senior official is making headlines: for feeding a newborn in the debating chamber.

The pictures of New Zealand's parliament speaker Trevor Mallard feeding a six-week old baby with a bottle during a parliamentary session flew around the internet on Wednesday, leaving netizens touched in what appeared to be a helping hand gesture to her fellow member of the parliament.

Mallard shared the photos of him feeding the baby son of Labour MP Tāmati Coffey named Tūtānekai on Twitter, saying that “normally the Speaker’s chair is only used by Presiding Officers but today a VIP took the chair with me”.

Normally the Speaker’s chair is only used by Presiding Officers but today a VIP took the chair with me. Congratulations @tamaticoffey and Tim on the newest member of your family. pic.twitter.com/47ViKHsKkA

The speaker later explained that he offered to help Labour legislator Coffey, who has just joined the parliament in the first session after paternity leave, as the baby’s father was engaged in debates in chamber.

“There are times when I can be vaguely useful,” - Mallard told Reuters by adding that he was trying to help lawmakers’ babies when possible in an attempt to make parliament more child-friendly.

Such a heartwarming act did not go unnoticed in the Internet with netizens expressing their admiration for Mallard’s gesture.

New Zealand....you might be a small country, but you have a huge lesson to teach the world! Great photo!

What a powerful and soulful picture!!!

A lawmaker @tamaticoffey in New Zealand brought his baby to the parliament after coming back from paternity leave. The House speaker @SpeakerTrevor babysat for him during a debate. pic.twitter.com/KaqMyIYhdv

Mallard, who is himself a father of three children and grandfather of six kids, relaxed rules in 2017, allowing newborns and babies to join the parliamentary sessions.

“What I’ve found is that it adds to the positive atmosphere of the workplace,”- he said, noting that it was not uncommon now to see babies in the halls of the parliamentary building and in the indoor parliamentary swimming pool.

He suggested that such measures would provide “a boost to morale”, Reuters reported, and show an eagerness to take care of a child instead of the usual document deliveries.

“When there’s a baby to be carried in....there’s a fair bit of competition to do the job,” – Mallard added.

A “baby boom” has recently been observed in New Zealand’s parliament with around of dozen of MPs becoming parents to newborns. New Zealand’s Prime Minister Jacinda Adern became the first premier in history of the country to take maternity leave in 2018, making the headlines when her daughter followed Adern to the United Nations General Assembly in New York in September 2018.