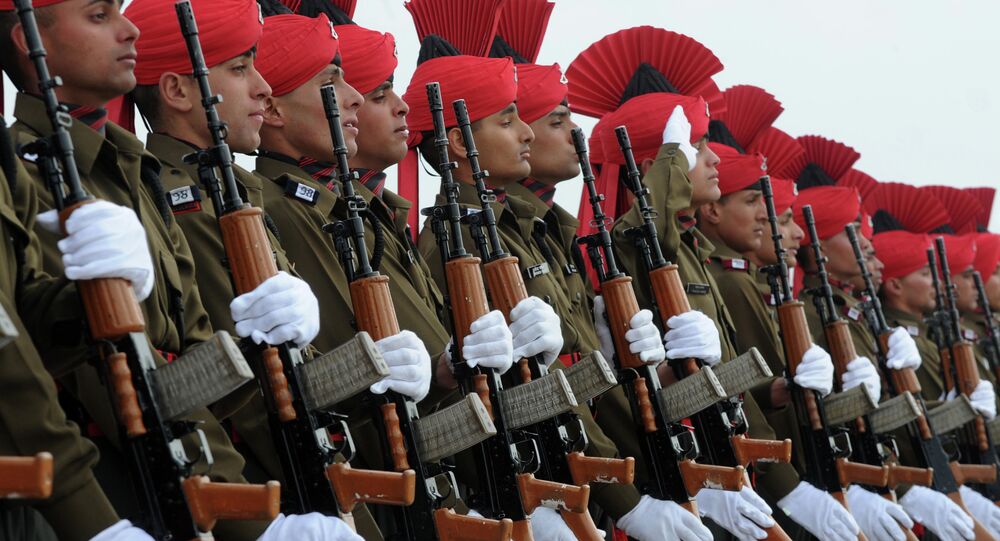 New Delhi (Sputnik): In an embarrassing incident, guns carried by police personnel in India’s eastern Bihar state failed to fire a single shot in the air during the funeral rites of a former chief minister, a media report said.

The humiliating episode at the funeral of former chief minister Jagannath Mishra on Wednesday 21 August took place in the presence of Bihar’s incumbent Chief Minister Nitish Kumar and other dignitaries. It went viral on video, Indian daily the Times of India and news agency ANI reported.

In the video, an embarrassed police officer is seen approaching the 22 police personnel deployed for funeral duties to examine and test their guns, and defective bullets picked up from the ground at the cremation venue. He then walks away, resigning himself to an event, not in his control.

Netizens lampooned the state administration and the police over this shocking lapse in established protocol. Some said the former chief minister had gotten what he deserved because of his alleged acts of corruption.

See. Even after death he did not fail to corrupt the guns

Shame for our state administration, govt and polic

Refles failed to fire during state funeral of former Bihar Chief Minister Jagannath Mishra. It shows that at least rifles have morality not to honour corrupt. #JagannathMishra

I think Jagannath Misra was convicted by court. Should he be ,then, given any honour at the funeral?

Embarassing and shameful! How will the safety of people be dependent on these!

​Eventually, though, Mishra's mortal remains were cremated with full state honours at his ancestral village in Bihar’s Supaul district.

A senior official, speaking on condition of anonymity, described the lapse as serious. He said the concerned department and their officers should have ensured that all guns used at the funeral ceremony were functional and cartridges usable.

“We have sought an explanation from the district police of Supaul…” the media report quoted the official as saying.