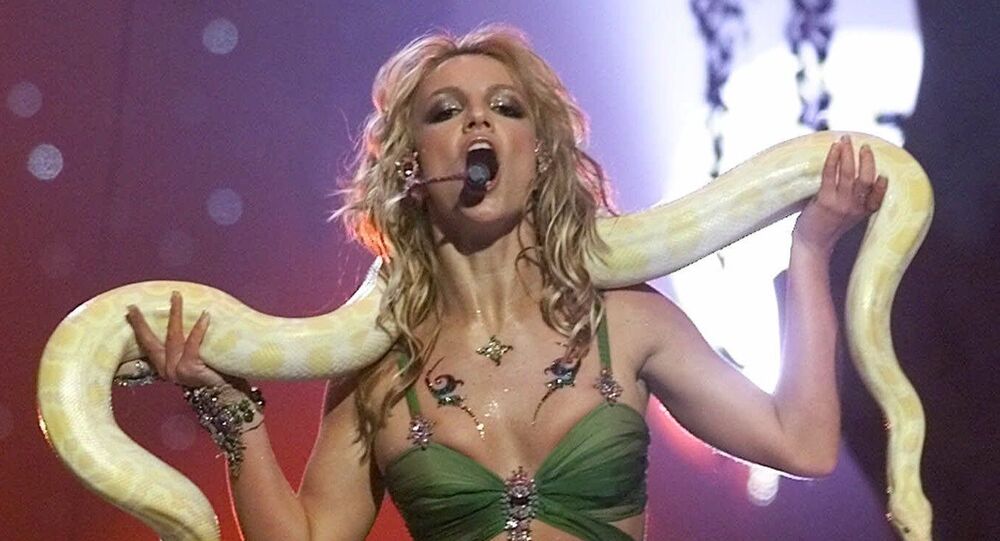 PETA Hisses at Britney Spears Over Her Bragging About ‘Never-Worn’ $6,000 Snakeskin Heels

The one-time pop princess already angered the animal rights activists more than a decade ago after she performed with a live python around her neck. She has oopsed and did it again by sharing a pic of her designer reptile shoes that she let lie idle on Instagram.

Pop singer Britney Spears has faced a backlash over an Instagram post sharing a photo of Christian Louboutin heels from her apparently large collection. She admitted that she bought her first pair of this designer’s snakeskin stilettoes for $6,000 four years ago but has never worn them, suggesting there might be more luxurious footwear in her closet.

Four years ago I bought my first pair of Christian Louboutin snakeskin heels that were 6,000 dollars .... PS I’ve never worn them !!!! 🙄🙄

Although several media outlets almost immediately suggested that Spears might have become forgetful because she was spotted in such heels in Las Vegas 6 years ago. This, however, did not shield the singer from the public uproar with many accusing her of being lavish, superfluous, and cruel to animals.

“Congrats, you could have fed a lot of people instead with this kind of money. And not enough with that you also support animal cruelty. Just lost all my respect with this post”, one of her followers noted.

Others suggested that she should be ashamed of herself or urged the singer to sell the shoes and donate the money to charity.

It was only a matter of time before the organisation PETA (People for the Ethical Treatment of Animals) weighed in. In a statement for the web outlet Insider, its Senior Vice President Lisa Lange urged the singer to donate her heels to the group for "educational purposes" like Anjelica Huston, Sharon Osbourne, and Mariah Carey did with fur, according to them. She noted that reptiles endure hours of pain for these shoes to be made.

"Using an animal's stolen skin as footwear is toxic and horrifically cruel. Snakes used for their skin are commonly nailed to trees, and their bodies are cut open from end to end — and because of their slow metabolisms, these complex animals are often in agony for hours before dying”, she stated, expressing hope that Spears “has matured from the days of using snakes as showpieces or stilettos”.

While Spears and Christian Louboutin remain tight-lipped on the matter, many fans have stood up for the former pop princess.

“All of y’all telling her to donate that money, have y’all bothered donated any money yourselves?” one of Britney’s supporters posted.

Britney Spears Was Ahead of Time: Reactions as Toxic Becomes Word of Year