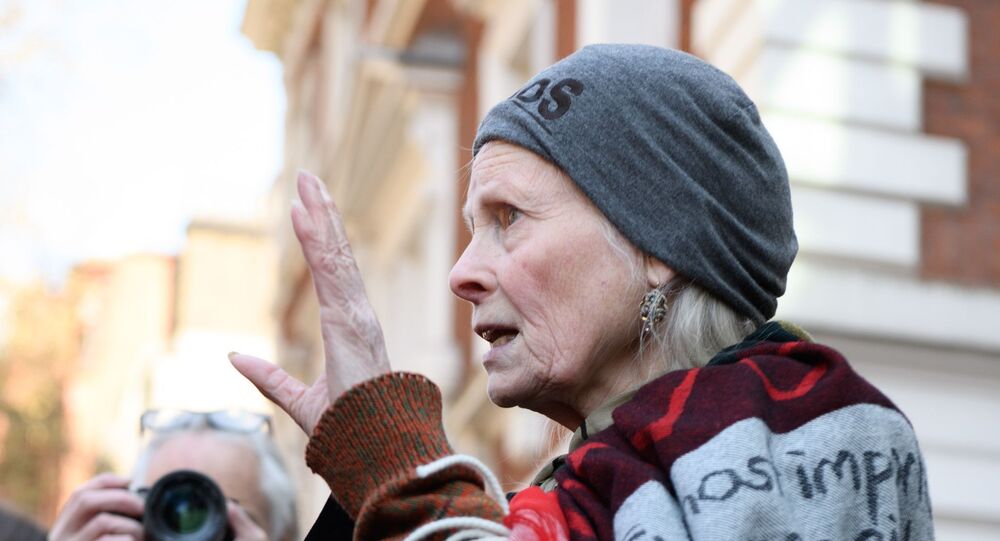 The Swedish student shot to world fame with her Fridays for Future initiative, encouraging teens all over the world to protest in order to pressure governments into taking action on climate change. The endorsement from the fashion legend comes as the 16-year-old activist, who has been named a Nobel Prize nominee, is heading to the UN headquarters.

British fashion designer and punk icon Vivienne Westwood has put in a good word for 16-year-old activist Greta Thunberg as someone who should run the world to tackle environmental problems and save the planet.

“If Greta [Thunberg] was world controller it would be great. And if I was her advisor, I’d say, ‘The first thing you must do, Greta, is make it a rule that everyone has to reuse their glass bottle, then we can tackle plastic more easily’”, the 78-year-old designer told The Big Issue outlet.

She also lashed out at the way the fashion industry currently operates, suggesting that it should change.

“The high street, fast fashion and online quick sales are far more polluting than high fashion. I’ve got a few slogans relating to this – buy less, choose well, make it last. And I’ve also got another slogan. Buy less, dress up is another. Always look great and keep on wearing it!” the fashion veteran explained.

She also sketched up her dream non-profit company, one “that you’re only allowed to expand up to a certain point so that you can get your customers and your minimums and you can get the right price for things – and also donate to charity through sales”.

Westwood’s remarks about the teen activist, dubbed a “guru of the apocalypse” by some, has left commenters split. Some did not like the idea of making Thunberg “world controller” and trashed the designer.

Ofc she does, she is 78 years old and doesnt care if the world is destroyed over the next 20 years <-
If I was on death row I would think that Marlyn Manson should run the world <-
Please stop post moronic opinions from uneducated people <-

One nutter likes another nutter. So?

That wee girl is severely damaged, that’s before whatever harm comes from all this nonsense. I wonder how her Atlantic crossing on the racing boat’s🤫 going? 🙄

Some endorsed the idea, pushing it more in the direction of “men versus women”-type debates.

I agree, @FollowWestwood is also an extraordinary woman. @GretaThunberg is bold and brilliant too. Perhaps women should rule the world... men clearly haven't done a very good job at all. https://t.co/AZY7ugmJh2

​Thunberg recently departed from the English city of Plymouth on a zero-emission sailboat bound for the US, where she is expected to address world leaders at an upcoming UN climate change meeting.

The Swedish activist, then 15 years old, rose to international fame last August, when she began holding solo strikes outside of the national parliament every school day to pressure lawmakers into taking action on climate change.

Her message has resonated with many young people around the world, who have joined an international campaign encouraging students to ditch school every Friday in order to call on lawmakers to commit to reducing carbon emissions and halting climate change.