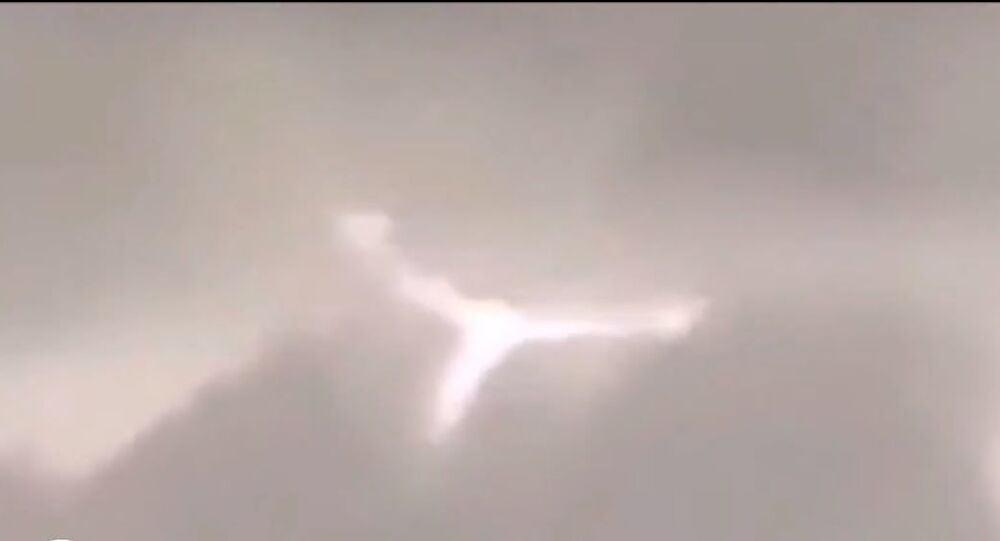 Send Me An Angel: Bizarre Atmospheric Phenomenon Caught on Camera in Brazil

The massive shining figure was recorded soaring in a cloudy sky, changing direction but retaining its bizarre shape. It is unclear whether the filmed object is an energy source or a remarkable light refraction.

A strange and unique atmospheric phenomenon was caught on camera in Brazil. A video uploaded by a UFO hunter who goes under the name of Disclose Screen “the Greemreefar” shows a T-shaped shining object in the cloudy sky, which roughly resembles an angel in a long robe.

“It looks like light refraction but then again it looks like some type of energy source,” the cameraman says on the video. “It’s even got the harmonious appearance of an angel.”

The T-shaped object remains in motion for a period of time, moving from one cloud to another, changing angle and direction.

People commenting on the video which was posted Monday found the figure to also resemble a dragon.

The nature of the phenomenon remains unclear. Several conjoined ball lightning spheres, however unlikely, could be one possible explanation.