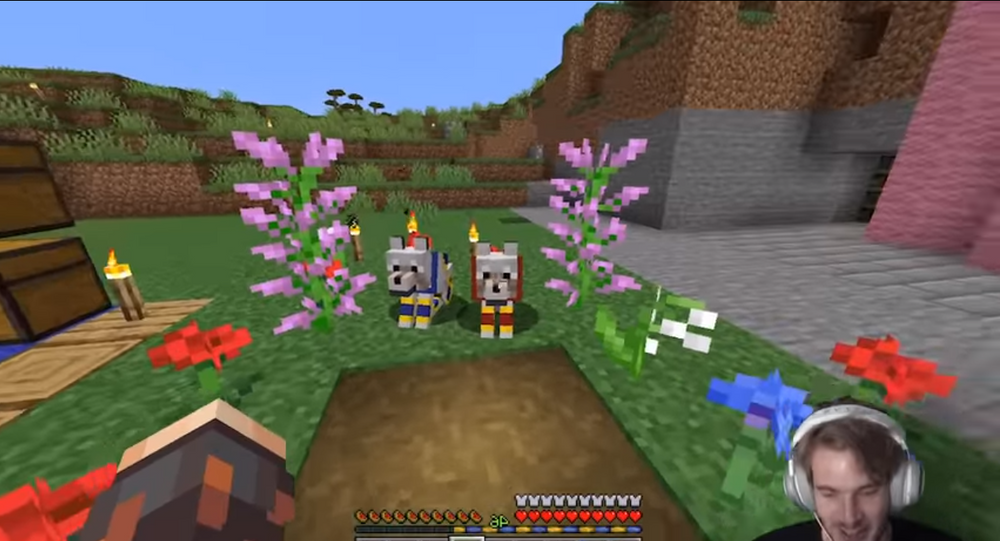 The latest Minecraft episode of the Swedish Youtube celebrity Felix Kjellberg aka PewDiePie posted on 11 August took on an unusually romantic undertone as Pewds presided over a marriage ceremony for his on-screen dog Sven.

The famous Swede was exploring the Minecraft world with his foursquare canine when he spotted another dog which he claimed as his pet.

Commenting on his new companion, the Youtube star said that he is about to come up with 'the corniest thing' he has done on his channel - he decided to marry Sven and the newly-adopted dog.

Things spiced up a bit when PewDiePie decided to name the new doggy Sven's Boyfriend.

Gathering all his pets at the centre of his base, the Swede, assuming the role of a pastor, pronounced Sven and Sven's BF husband and husband. Just seconds later, the newly-weds produced a puppy, much to PewDiePie's happiness.

"They are sooo cute! Look at them!" - the Youtuber said, apparently touched by the new happy family.