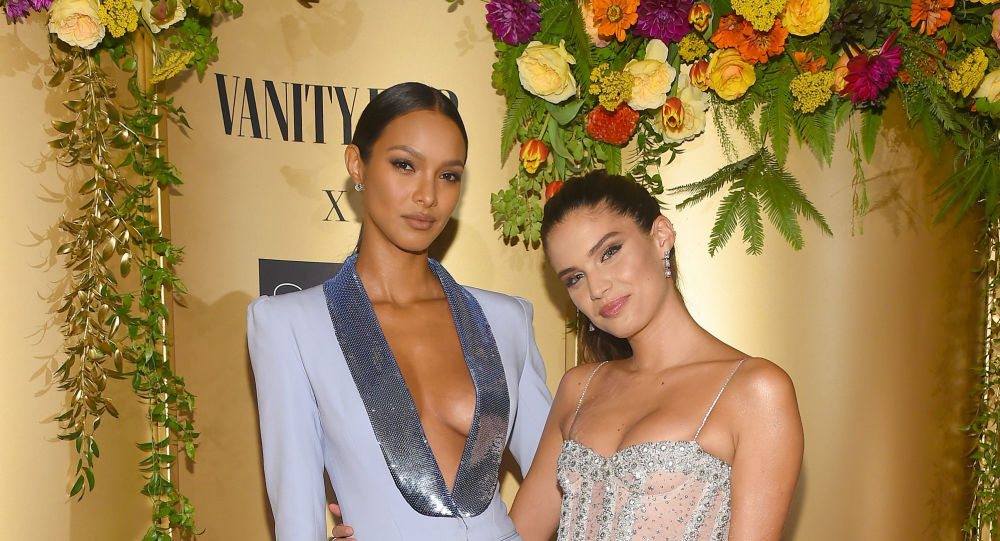 Victoria's Secret models Lais Ribeiro and Sara Sampaio have stepped out to defend the company following the release of a petition calling for the brand to provide its employees with increased protection against sexual misconduct.

The petition, shared by non-profit research and advocacy organisation Model Alliance, announced that more than 100 models had signed a letter addressed to John Mehas, chief executive of the lingerie label, urging him to take action and address the “numerous allegations of sexual assault, alleged rape, and sex trafficking of models and aspiring models.”

"While these allegations may not have been aimed at Victoria's Secret directly, it is clear that your company has a crucial role to play in remedying the situation," the letter read, referencing allegations of sexual misconduct which have been made against photographers Timur Emek, David Bellemere and Greg Kadel, all of whom previously worked with Victoria's Secret.

"We are calling on Victoria's Secret to take meaningful action to protect its talent and those who aspire to work with the company. Victoria's Secret has the opportunity to be a leader, to use its power and influence to bring about the changes that are urgently needed in our industry," the letter reads.

We stand in solidarity with over 100 models and @timesupnow to fight sexual harassment, assault, and trafficking. @victoriassecret will you do the same? Learn more and read our letter (link in bio). #Time4RESPECT

However, at least two models who have worked with Victoria's Secret in the past said it was "unfair" to target the brand directly with such a letter.

"This is so unfair! When I told them about my experience with David [Bellemere] next day he was fired!" Brazilian model Ribeiro said, cited by the Independent.

She outlined that Victoria’s Secret was “the most respectful brand I EVER worked with” and that the authors of petition need to get “the histories straight first before [you] accuse anybody!"

She was supported by Portuguese model Sampaio, who explained that she believes the letter calling for better protection against sexual harassment should be addressed to models' agents, not only to Victoria's Secret.

"Most of the sexual harassment happens before the photo shoots to models that have never worked with Victoria's Secret by people pretending they work for companies they don't work [for]! How is Victoria's Secret or any company then supposed to protect models that don't work for them?" Sampaio wrote. She urged models to “go after the agents and agencies” instead of firing photographers.

Signatories of the original letter called on Victoria's Secret to sign up to the Model Alliance’s Respect programme, which promises to protect contractors such as models, photographers, agents and vendors against sexual harassment. The programme was launched last year and has an independent regulator to investigate complaints, as well as providing education and training.

Behind the Scenes: Victoria’s Secret Fashion Show as You’ve Never Seen It Before