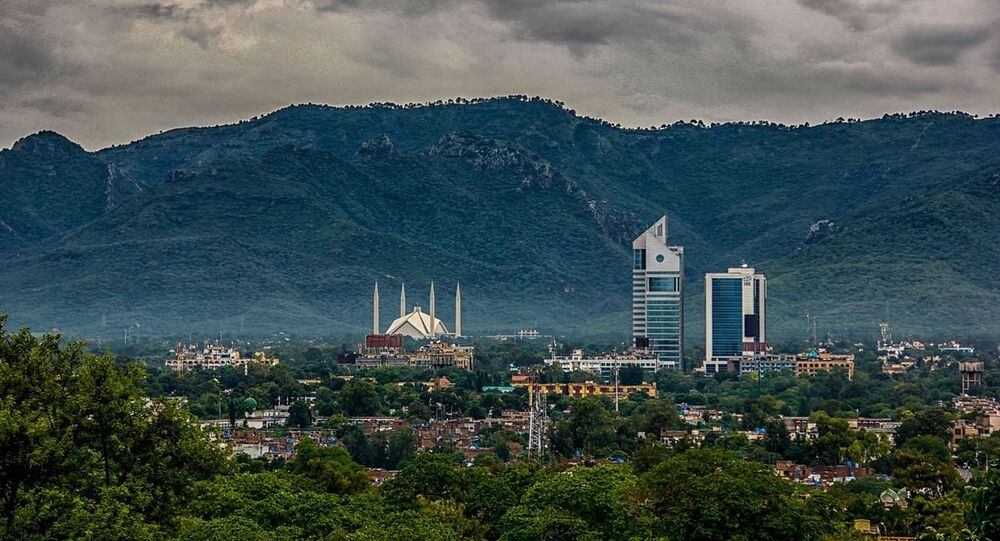 New Delhi (Sputnik): Parliamentarians on the treasury and opposition benches engaging in heated arguments is a common sight in many parts of the world. But two Pakistan legislators recently argued in a way that literally brought them to a new low in decorum, dignity and class.

​In a video clip widely circulated on social media, the ministers resorted to a verbal dual during a Joint Session of Pakistan Parliament to discuss the Indian government's decision to scrap Article 370. Senator Mushahid Ullah Khan can be seen referring to federal minister Fawad Chaudhry as a dog.

"This timid person is constantly talking. I left him tied at home. He has again come back," says Khan.

Exasperated Chaudhry threatens Khan with hurling shoes at him in response to such language aimed at him. The spat between the two continued with name-calling while the Speaker of Parliament continuously requested that the two maintain decorum.

The video of the spat left the Twitterati in splits and attracted as many as 59,000 views within a day.

​For many Twitterati, the video clip was reminiscent of a “comedy show”, while others were reminded of fights among kindergartners. But it did succeed in many amusing netizens and approximately 1,800 re-Tweeted it to share the fun.

I was rolling on floor while listening this comedy 😀😂😂

On the lines of Comedy Nights with Kapil,
Pakistan has started it's new show-

Hahaa ! These are better than our stand up comedians

Someone please tell him that.... Uncivilized person will not understand this humble language😅😅
Unki language me baat kro unse😀