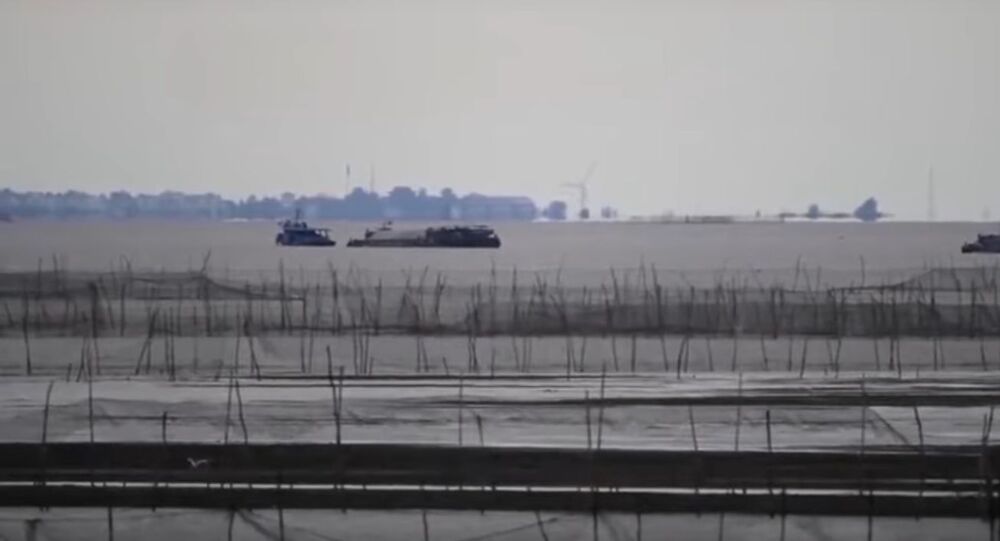 The video elicited a mixed reaction from social media users, with people wondering whether it was some kind of elaborate optical illusion or merely a hoax.

A strange sight was recently observed near Hongze Lake in China when a whole row of buildings was seen seemingly hovering over the water’s surface on the horizon. The sighting was captured on camera by onlookers.

A video subsequently uploaded on YouTube by the People’s Daily channel shows what appears to be "a mirage of traditional Chinese buildings," according to the description, along with a working wind turbine.

The enigmatic vision evoked a mixed reaction from viewers, with a number of people quipping in the comment section about (US magician) David Copperfield "screwing around again" and others claiming it showed "another dimension leaking into ours - caused by CERN (a particle physics laboratory near Geneva, Switzerland)."

A couple of YouTubers speculated that the video is a hoax, with one arguing that it was merely the view of the city of Hongze "located in Jiangsu, which is a coastal Chinese province north of Shanghai," and that "cutting the scene from about the 28 second mark to the 29 second mark to make it look like a 'Mirage City' disappeared was poorly done".

And at least one netizen ventured a guess that the vision might have been a product of "Fata Morgana," a complex form of mirage that occurs when rays of light are bent as they pass through air layers of different temperatures.