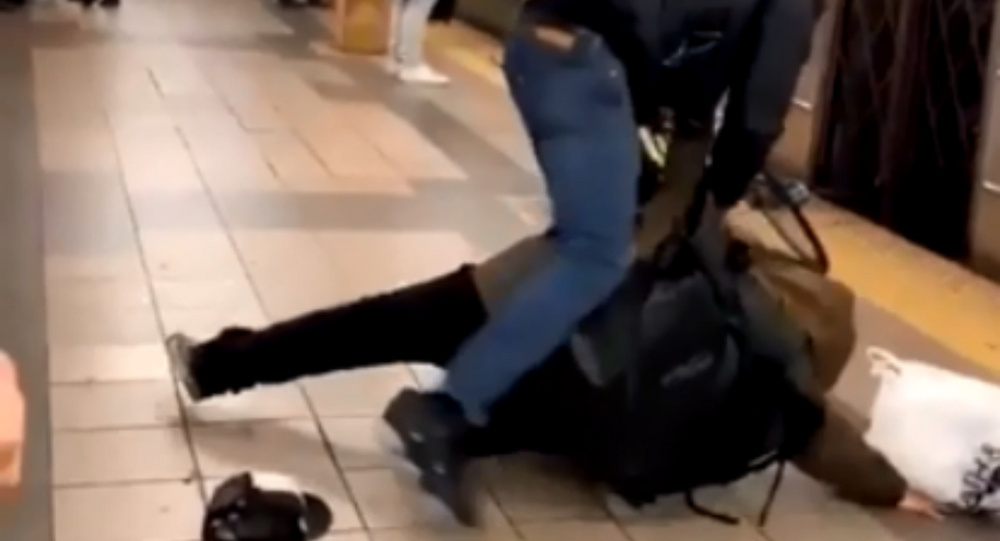 Instant Karma: US Man Gets Punched After Spitting on Subway Rider (Video)

Newly surfaced cellphone footage captures the moment in which a New York City subway rider went to town on a fellow traveler after they opted to spit on the individual twice as the train’s doors were closing.

Video filmed by another straphanger shows the pair engaged in a heated exchange of words seconds before the spitter sends his saliva between the closing train doors toward his target.

Fumed, the saliva-struck subway rider channels his inner Incredible Hulk and begins to pull apart the train’s doors. It’s just as the rider manages to pull apart the doors that the offender decides to spit on the man for a second time.

That was his final mistake.

​Video goes on to show the saliva-riddled commuter successfully pulling open the train doors, and laying down the beatdown of the day. The unidentified commuter manages to take one swing at the spitter before throwing him onto the ground and connecting a few more punches.

Although shocked bystanders did attempt to call the fight off, many steered clear as the filmer spilled the tea on the events that preceded the beatdown. The video ends with two individuals approaching the apparently unconscious offender. As for the angered commuter, he leaves the scene after retrieving his dropped phone.

Local media reports indicate the incident occurred on the No. 1 train’s stop at 34 Street in Manhattan. However, it’s uncertain when or at which specific platform the incident unfolded. It’s also unclear what prompted the two New Yorkers’ initial dispute.