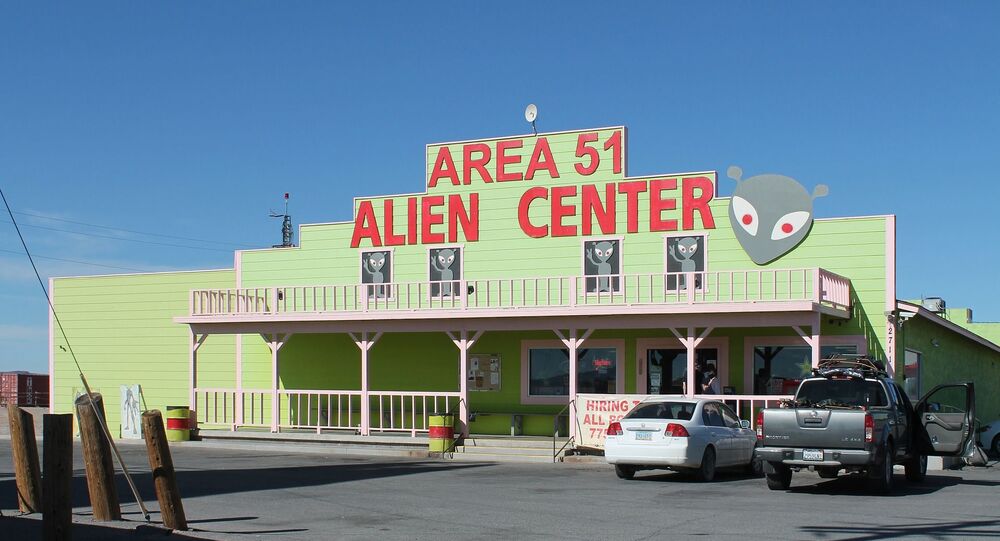 Over 2 million users have RSVP'd to an alien-hunting Facebook event encouraging to storm the most secretive military base in the United States where, per passionate conspiracy theorists, the government is housing ETs. Now, another truth-seeker claims there might be "an underground city" beneath the notorious Area 51.

Blake Cousins, a renowned conspiracy enthusiast from Hawaii running the YouTube channel thirdphaseofmoon, claims that former Area 51 employees confided in him that there was an "underground city" below the famed US military base, which is located in the Nevada desert.

"If one person or a group of people were able to get in and open the doors into the subterranean levels, you will see a huge underground city that has never been seen before on our planet. This is something so big that the ground-level Area 51 is just the tip of the iceberg. The subterranean level would have to be at least 50 storeys down, from what I hear, and they extend up to the Pacific Ocean and other parts of the United States", he told the Daily Star.

During the conversation with the media outlet, the alien hunter, whose channel bursts with videos about the US military facility, further asserts that ex-workers entered into contact with an "alien" at J-rod, an ET base that was supposedly held at Area 51.

"He was an alien being who was brought there from the Roswell crash", he continued, referring to a 1947 incident, where a US Army Air Force weather balloon crashed at a New Mexico ranch. At the time many ufologists began advancing conspiracy theories, claiming that it was the remains of an alien spacecraft.

Blake dropped that bombshell speculation as more than 2 million people are readying to raid the top secret base on 20 September after a now-viral Facebook event, dubbed “Storm Area 51, They Can’t Stop All of Us”, kick-started an alien hunting craze online.

Since the joke has apparently gotten out of hand, the US government does not seem to be so amused by the upcoming raid, with Lincoln Country Sheriff Kerry Lee warning that the idea is dangerous: "Someone is going to get hurt and people may go to jai. It's not anything to joke about".

Area 51, a US Air Force base, was established in the 1950s to test secretive aircraft programmes, but the US government didn't even acknowledge the facility's existence until 2013, when the CIA declassified it following a Freedom of Information Act request.

The mystery surrounding the base has spawned bizarre theories as to what it may harbour, with multiple rumours suggesting the military was keeping classified data about extraterrestrials and UFOs.