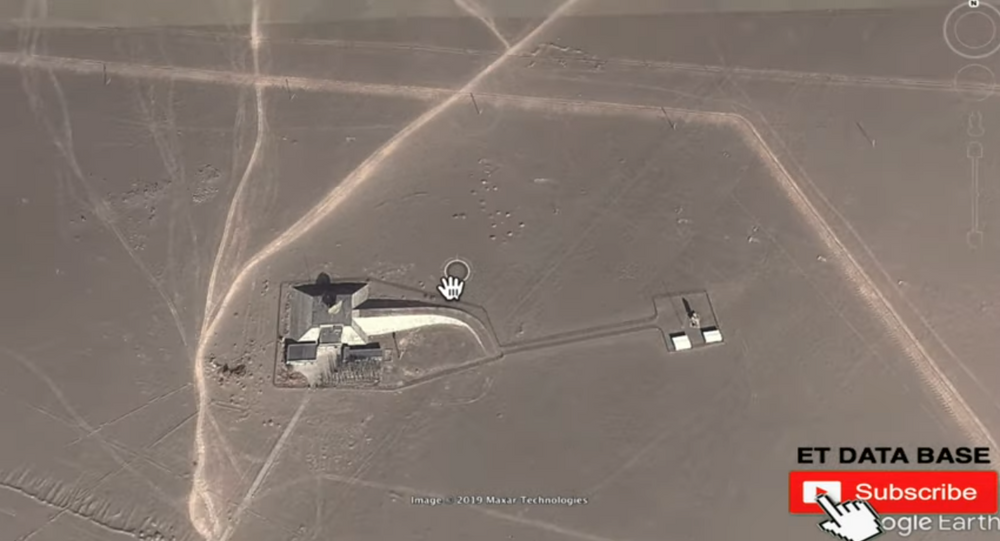 While the whole world’s attention has been focused on arguably America's most mysterious military facility, Area 51, which a bunch of alien hunters are preparing to "raid" next month, a YouTube video, whose authenticity cannot be verified, has emerged claiming that there's a similar, "top secret", base in China.

As everyone appears to be hyped up about the legendary US Air Force base in Nevada, known as Area 51, a YouTuber and conspiracy theory enthusiast claims to have discovered a similar mysterious facility in China.

Scott C Waring has uploaded a video to YouTube, in which he found something that he alleges looks like a top secret base in a desert near the Mongolian border, in Gansu Province.

In the clip, Scott says that the base is “like something out of the movies” and shows some sort of a cutting edge aircraft stored there. According to him, the 10-metre-wide jet “screams out top secret project”.

“I found a military base in China that seems to be the equivalent and copy of Area 51. There is even smaller area, one of which has a black stealth aircraft that could be made from alien technology and be space travel capable. This is amazing and may have been created as the Chinese solution to the American Area 51”, he elaborates.

While many users sided with Scott, leaving such comments as, “They are hiding something”, others were sceptical, suggesting that it was simply a “drone launch pad”.

The mysterious Area 51 in Nevada has been a real magnet for conspiracy lovers with many speculating that the secretive base might prove the existence of extraterrestrial life. Last month, the alien hunting craze spiralled out of control as millions of people backed a Facebook event, dubbed “Storm Area 51, They Can’t Stop All of Us”. The gathering is set for 20 September and has already given birth to a bunch of hilarious ET-related memes.