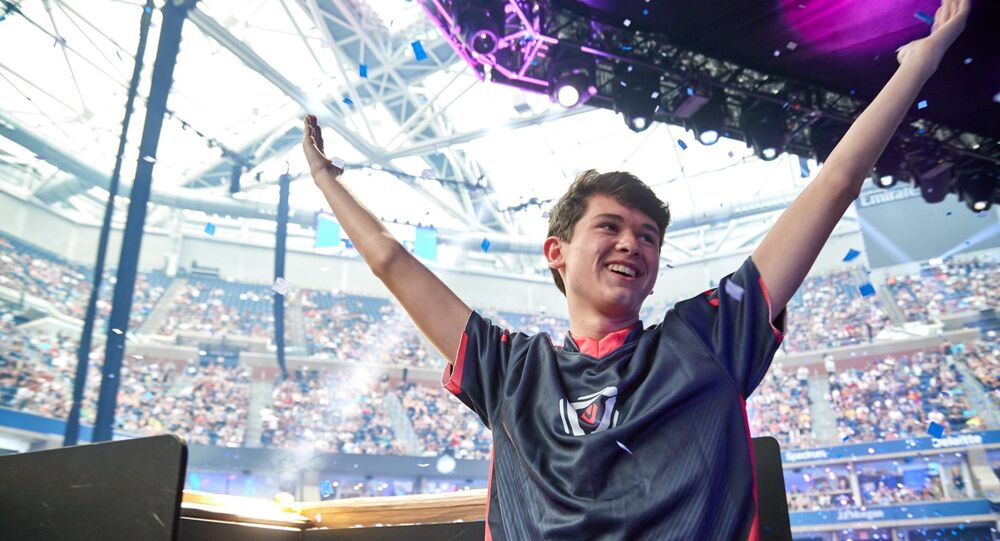 Geirsdorf, a teen from Pennsylvania, was one of 100 players competing for $30 million in total prize money. Forty million players were attempting to qualify for the tournament over the last 10 weeks of online competition. In the largest prize pool in the history of e-sports, he won in the solo mode at Arthur Ashe Stadium in New York, which hosts the US Open tennis tournament.

Giersdorf, known online as Bugha, scored 59 points, 26 more than his nearest competitor “psalm,” according to the Fortnite World Cup Leaderboard, posted on the game’s website.

“Words can’t even explain it. I’m just so happy. Everything I’ve done, the grind, it’s all paid off. It’s just insane,” he said in an interview right after his victory.

Fortnite is a so-called "Battle-Royale" game involving as many as 100 players who are dropped onto an island where they have to find weapons, build structures and eliminate each other until one player comes out on top. Players can play alone, as part of a squad or a 20-member team, either with friends or people they do not know. It has 200 million registered players worldwide and is free to download, but players can spend money on in-game purchases. Fortnite’s popularity helped Epic Games reach a $15-billion-valuation in 2018.

Two Biggest Names in Gaming, PewDiePie and Ninja to Team Up for Friday Fortnite