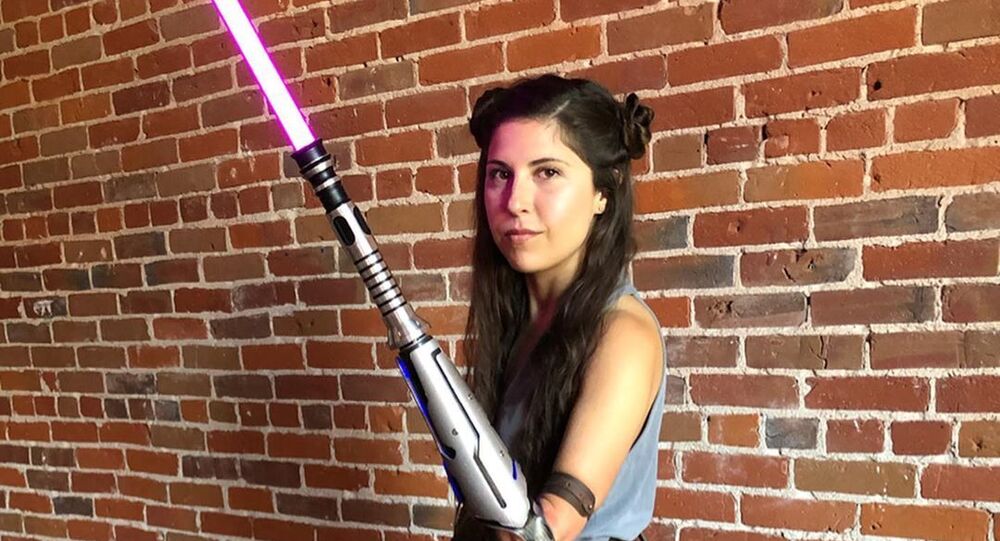 Commenting on the actress' cosplay session, Mark Hamill remarked that she clearly believes in herself and that for her, "anything is possible" as long as she works hard and never gives up.

Film actress Angel Giuffria has managed to steal the spotlight on Twitter with her latest Star Wars cosplay photo which features a lightsaber integrated into her arm prosthesis.

Describing her character as a “real amputee Jedi,” Angel wrote that she "spent my whole life wanting to be Luke AND Leia," and mentioned her hopes for "an audition for @starwars one day."

Real amputee Jedi?! YES! #cosplay LOVING my lightsaber attachment for my bionic arm while trying to safely keep my fingers crossed for an audition for @starwars one day. #BionicActress Spent my whole life wanting to be Luke AND Leia 😍 @HamillHimself #RepresentationMatters pic.twitter.com/eB0mZ3Xuyr

​Her post was retweeted about 3,200 times and gained over 14,500 likes, with Mark Hamill, the Star Wars legend, taking note of the photoshoot and offering words of encouragement.

"Clearly you believe in yourself. Now all you've got to do is work hard, never give up & ANYTHING'S possible!" he wrote, adding that "the Force is obviously with you.”

Look no further than inspirational #BionicActress @aannggeellll for the next generation of @starwars heroes-
Clearly you believe in yourself. Now all you've got to do is work hard, never give up & ANYTHING'S possible! (The Force is obviously with you...)❤️-Mar🐫#FutureJedi https://t.co/agZsbzrX6z

​His praise was echoed by many other social media users who lauded the self-styled "Bionic Actress" and her style.

Duuuuuude. This is top 4 coolest things I've ever seen in MY LIFE!!!!!

Could you be a jedi?
*I have no doubt of that*

I do believe you could take on the entire Empire by yourself Angel. Good luck to you & God Bless!😊 pic.twitter.com/GjZPL1mWXY

And yet there were also those who appeared critical of Angel.