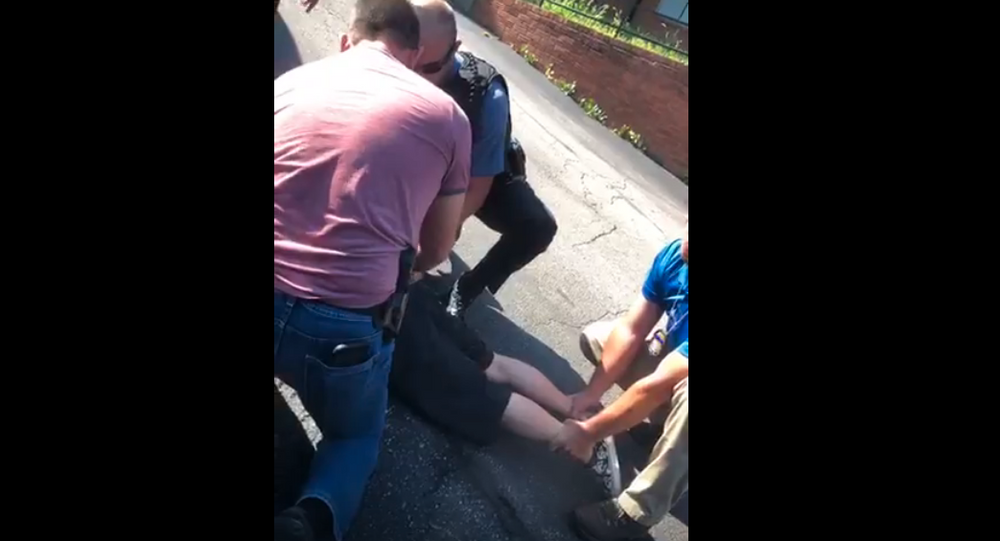 ‘They Didn't Care’: ICE Agents Violently Drag Man From Car in Front of His Kids (Video)

Now-viral footage of a man’s Monday arrest by US Immigration and Customs Enforcement (ICE) agents and local officers in Kansas City, Missouri, has prompted both confusion surrounding federal immigration laws and community outrage against officers overstepping their boundaries.

Florencio Millan-Vazquez and Cheyenne Hoyt, his girlfriend with whom he has two children and who recorded the originally live-streamed footage, are seen attempting to reason and explain their interpretation of the law to ICE agents and Kansas City police officers. Hoyt admitted Millan-Vazquez entered the US illegally, but attempted to explain that he was a nonviolent, hard-working chef.

"This is my personal property, and you can't do that," Millan-Vazquez tried to tell an officer, also pointing out that he had young children in the car.

Around the 21:25 minute mark, an ICE agent is seen breaking the window before dragging Millan-Vazquez out.

“Don’t take my dad,” the couple’s son is overheard pleading to the authorities.

"I'm still in shock," Hoyt expressed to the Associated Press on Tuesday. "You think that it's not going to happen to my family, like I never thought this was going to happen. You hear the things [US President Donald] Trump says, but [Millan-Vazquez] is not a rapist, he's not a murderer or a drug dealer. And the way they did it in front of the kids, they didn't care."

Though it was an immigration officer that successfully broke the window, Kansas City locals have expressed outrage over a Kansas City Police Department (KCPD) officer’s failed attempt to do so prior. Missouri Rep. Emanuel Cleaver also commented on the now-national story, and said the related issues around “traumatization of children and the reasonable use of force” are “very concerning.”

The KCPD has since issued a press release assuring the community that it is not their “policy or practice to conduct proactive immigration enforcement.”

The statement makes no explicit mention of the officer who attempted to smash the window, although it does say the Kansas City residents should trust their officers and claims the department will “take the lessons learned” and assess their practices.

Hoyt and ICE confirmed Millan-Vazquez has been deported to Mexico. ICE defined the father of two as an “immigration fugitive” at the time of his arrest.

Though immigration agents must obtain a warrant to apprehend an individual who entered the country illegally, it's not clear whether that standard applies to a vehicle.

In fact, on the day before Millan-Vazquez’s arrest, members of a community in Nashville, Tennessee, formed a human chain around a vehicle when immigration authorities attempted to arrest a man inside it. The man, accompanied by his 12-year-old son, refused to exit the vehicle, and locals in the chain banded together to keep the agents at bay while also supplying the duo with food and water.

Officers from the Nashville Police Department responded to ICE’s call to accompany them on the scene, but both parties ultimately departed without making an arrest.