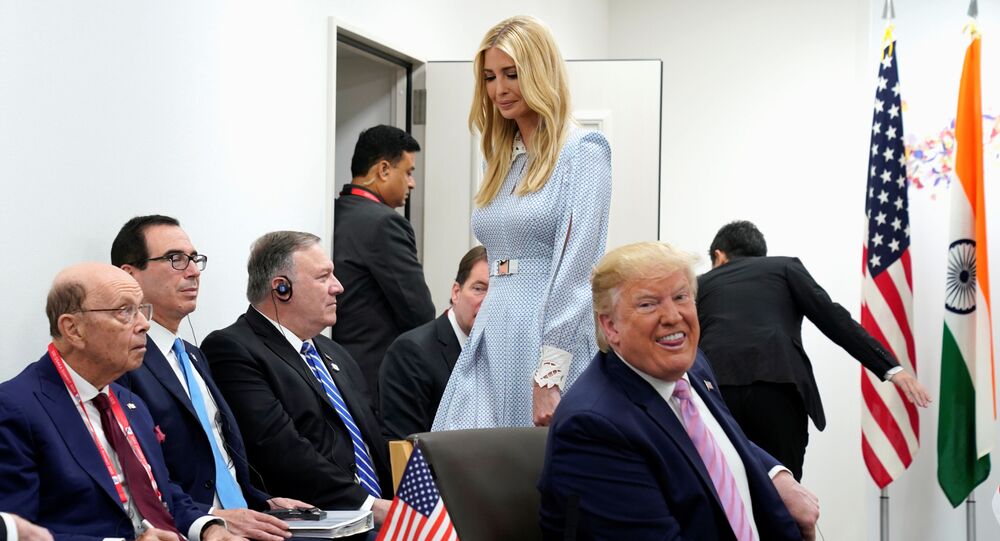 The general public, irrespective of their political beliefs, have voiced outrage over the spread of blatantly fake news, as an edited picture of Donald Trump’s eldest daughter from her much anticipated trip to Colorado started making rounds on social media.

Ivanka Trump has been sent jabs at on the Internet after a fake photo emerged showing her donning a photoshopped shirt with the word “Trump” inscribed on it along with four Ts arranged to form a swastika. The photo shortly started off a global trip around Twitter accounts, with many cheekily drawing conclusions about what to expect from the Trump administration “when democracy is destroyed”.

However, the photo was soon found to be fake – something that many unhesitatingly pointed to, hoping to avoid a whirlwind of idle speculation.

Even left-leaning netizens warned against reposting the clearly fake news, calling on people “not to play into Trump’s hands”:

Don't play into Trump's hands with 'fake news' because this is exactly what that is! #Bernie2020 #FeelTheBern pic.twitter.com/ez6ycVMLOG

@IvankaTrump Please stop retweeting that fake photo of her! Oncentrate on REAL things wrong with daddy.

Not that I like Trump or Ivanka, but that photo was actually photoshopped to add that print on her shirt. Unfortunately, we must be ever vigilant in the fight against fake news 😕

However, the fake images have yet to be deleted.

I had to dig through a bunch of people tweeting the fake before I hit on using the search term "ivanka" along with the photo. THEN I found it.

The photoshopping stunt occurred during Ivanka’s long scheduled visit to Douglas County after a May shooting at STEM School Highlands Ranch, which left one killed and eight others injured. The incident delayed Ivanka’s visit, which had originally been scheduled for late spring.

According to the White House, Ivanka’s visit was aimed at “highlighting the private sector engagement in expanding workforce development and apprenticeship opportunities for all Americans – a key component of the Trump Administration’s ‘Pledge to America’s Workers'”. The POTUS earlier declared July to be “America’s workers month”.

'Fun to Clown on Her': Ex-Obama Staffer Likens Ivanka Trump to House of Cards Character