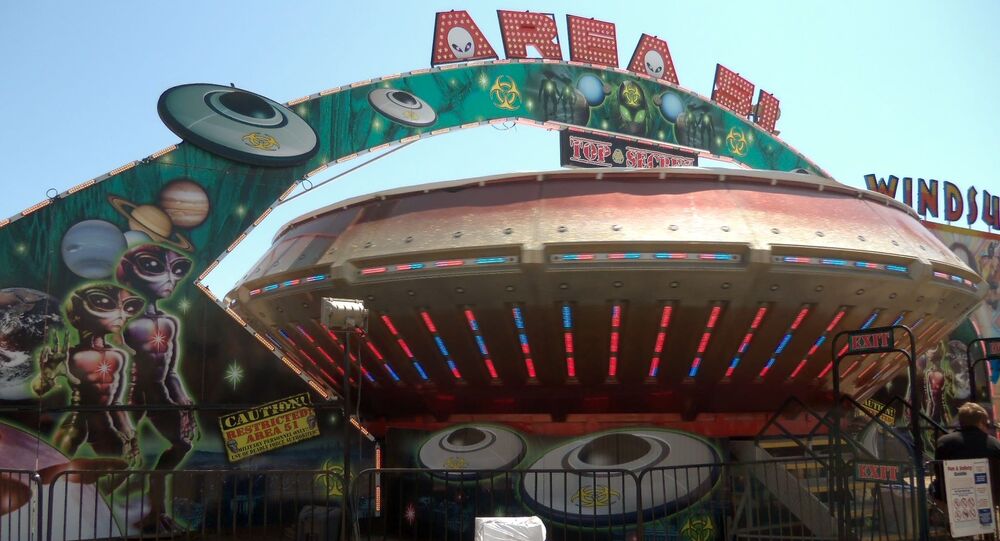 Memes are still flooding in amid the “Storm Area 51” craze, which began after an apparent trolling event was created on Facebook, inviting users to break into the top-secret US military base in the Nevada desert. Some have taken it to the next level, sketching a virtual map for one of Nintendo’s most popular games, Mario Maker 2.

The “Storm Area 51” Facebook event that has made headlines all over the world with around 2 million users signing up to invade one of the most highly protected facilities of the US Air Force has inspired one gamer to design a tribute map for Mario Maker 2. The course of the iconic game, which has produced myriads of memes itself, is titled “Let’s see them aliens!” presents a desert lane with UFO-themed bloopers, moving platforms as well as psychedelic music and visuals.

Thanks to the map, those, wishing to take part in the attempt to storm Area 51, but fearing the possible repercussions, can test the virtual route, the website Segment Next reports. It is said to have been played over 19,000 times. According to this gaming portal, the course will take about a minute or two for experienced Mario users and will free geeks and UFO hunters of the possible dangers that the US military has warned the potential trespassers about.

However, it seems that the creator of Mario Maker 2, the gaming company Nintendo, isn’t very eager about the “Storm Area 51” craze. One Reddit user, claiming to have posted the course, said that it was removed by the gaming giant although it “had blown up”, and he or she had to remake it.

​Although it all started as an apparent farce, the movement has been blown out of proportion. As of the time of writing, 1.8 million users had RSVP'd confirming their attendance at the event, scheduled for 20 September, while another 1.4 million have marked themselves “interested”.

The Air Force, meanwhile, has held briefings on the Naruto running technique, according to Reddit know-it-alls. Even the man behind the ludicrous idea to raid the secretive Area 51 has already voiced his fears over the possible consequences of the viral campaign.

"It started out as just a pure stroke of imagination, just funny. I wanted to do something cool out there now, that we have a bunch of people, but I don't want anybody to get hurt”, Matty Roberts told KTNV Channel 13 Las Vegas.