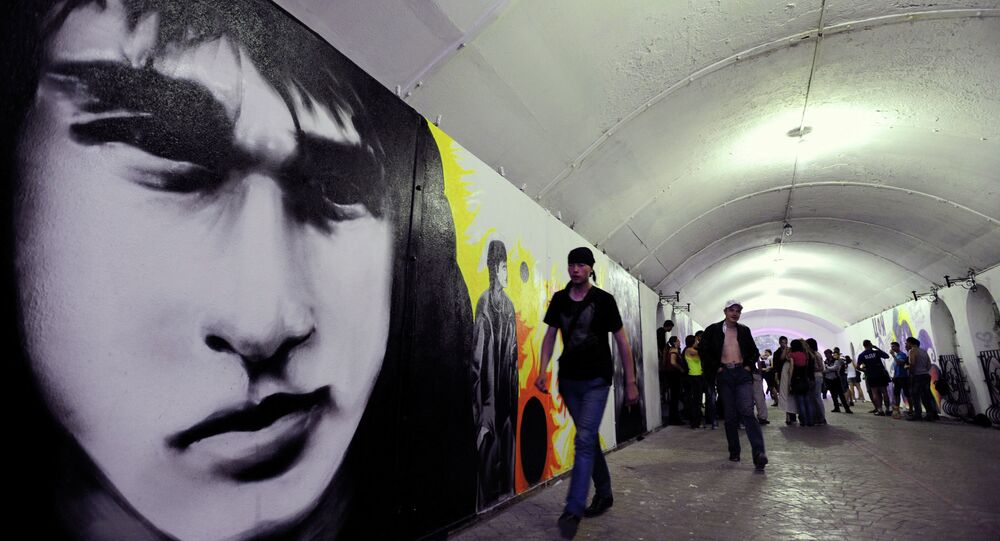 Viktor Tsoi remains one of the most popular Russian singer/songwriters, long after his 1990 death in a car crash. The song Metallica played is one of his most well known.

The legendary heavy metal band Metallica shocked fans by playing a hit song by Soviet songwriter Viktor Tsoi during their performance at the Luzhniki Stadium in Moscow.

The song, Gruppa Krovi (“Blood Type”) is an anti-militaristic musical statement originally performed by Tsoi’s rock band Kino in 1987, eight years into the Soviet-Afghan War. It is one of Tsoi’s best-known songs, and is loved across generations of Russians.

During his career, Tsoi enjoyed nationwide popularity which lasts to this day. Monuments to him were constructed across the former Soviet Union. There is a grass-roots memorial for Tsoi called the ‘Tsoi Wall’ on Moscow’s Arbat street, where fans draw tribute graffiti and leave cigarettes in remembrance to the singer, who died 15 August 1990 in Latvia.

Formed in 1981, Metallica is one of the world’s best known heavy metal bands, selling over 125 million album copies worldwide as of 2018, according to the BBC. The quartet is currently on its WorldWired Tour which will end after a 2 November performance in Auckland, New Zealand.

The next concert will take place on 14 August in Bucharest, Romania, according to the band’s website.

Metallica to gather full houses at their two gigs in Moscow