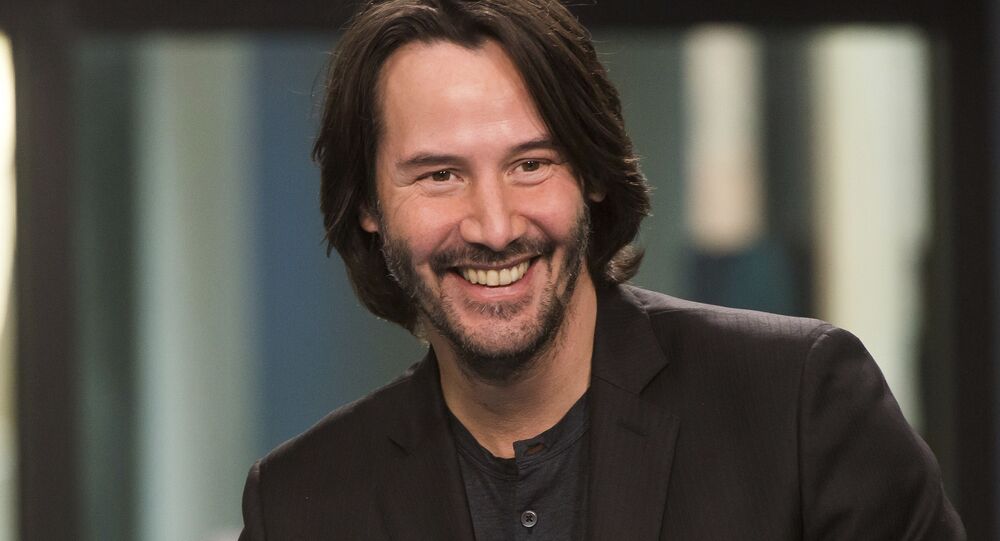 A fan screamed "You're breathtaking!" at Keanu Reeves during his surprise appearance at Microsoft’s Xbox E3 2019 press conference last month to which he returned the compliment back to the crowd.

Keanu Reeves went viral for a beautiful gesture toward a super-fan when he signed her "You're Breathtaking!" display on her lawn on Sunday.

Stacey Hunt, a huge fan of Reeves, was overjoyed to find out that he was in town, inspiring her write the phrase on a sign and plant it on her lawn.

While Reeves was in Louisiana with writer Ed Solomon, filming 'Bill and Ted Face the Music', he stumbled across the banner and asked permission before signing. Solomon posted a photo of Reeves' act of kindness online.

So yesterday this sign was out on a lawn on the way to set. Keanu jumped out of the car and did this. pic.twitter.com/OI1bQJ1nfy

Hunt also later tweeted her gratitude for her hero.

Again. We here on the movie do not support vandalism. Of any kind. We take this matter very seriously, and you can be assured we will prosecute to the fullest extent of the law. https://t.co/GuagS8IcyV

The 53-year old film legend, known for being a loner, has consistently been kind and respectful to fans, even generating his own following which has gone so far as to invent a theory that he is immortal.

Fans responded to the 'breathtaking' surprise online praising the star for continually treating his fans well, even being dubbed "the internet's boyfriend".

He’s the internet’s boyfriend, and I would seriously die! Congrats!

Keanu Reeves may singlehandedly get me through 2019

Earlier, a fan who attended the Microsoft E3 games conference shouted the 'breathtaking' compliment at Reeves after he surprised the crowd by appearing onstage after the 'Cyberpunk 2077' trailer aired, in which Reeves is featured.

The star actor, known for his down to earth gestures and kindness, immediately repeated it back to the crowd.