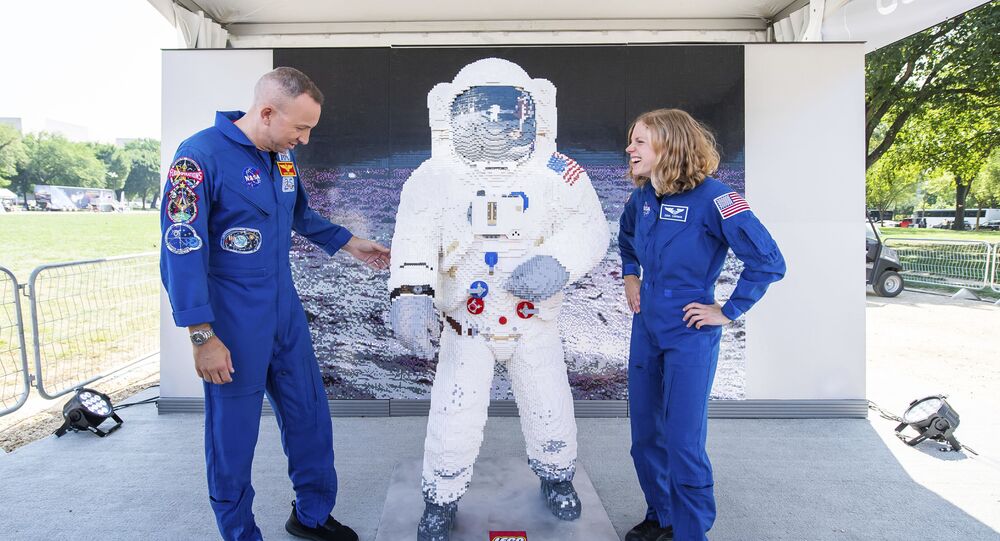 The Lego Group has created a figure of an astronaut resembling one of the legendary Apollo 11 crew. The Danish-based toymaker posted a video to social media detailing the painstaking process of assembling the human-sized replica.

According to the Lego Group, the statue comprises 44,501 elements. It took some 80 hours to design the spacesuit that was worn on the Moon 1969 and some 220 hours to build it.

The life-size Lego representation of an Apollo 11 astronaut weighs 217 pounds (98 kilograms) and is 6 feet tall (183 cm). The astronaut model was created to honor and celebrate the 50th anniversary of humanity's first manned mission to the Moon.

Exactly 50 years ago, on 20 July 2019, US astronaut Neil Armstrong became the first human to walk on the Moon.

Launched on 16 July 1969 from the former Cape Kennedy - now Cape Canaveral - a manned module of the Apollo 11 spacecraft landed on the Moon with two US astronauts on 20 July. Armstrong was the first man to walk on the Moon and mission member Buzz Aldrin became the second. The astronauts took photographs of the lunar surface and collected surface samples. They returned to Earth on 24 July.