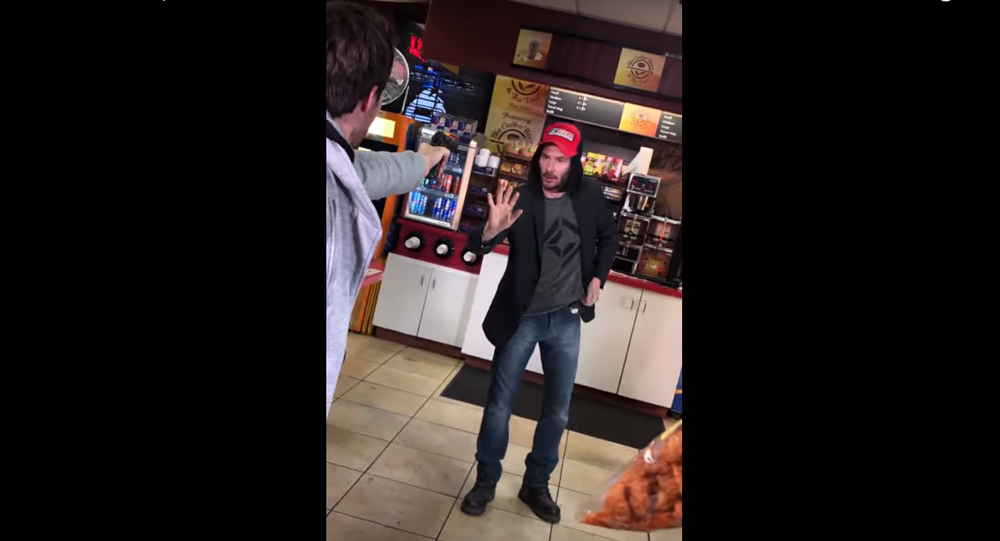 The authors of the video offered a fair warning to the viewers in the caption, specifically stating that the footage was created using “Deepfake technology”.

A new video recently posted on YouTube offers viewers a rather unexpected and intense sight as a person bearing a striking resemblance to famous movie star Keanu Reeves ends up caught in a robbery attempt and takes on the bad guy.

The video shows “Reeves” first try and resolve the situation peacefully, offering the “robber” money and the means to escape so that no one would get hurt but, when push comes to shove, he dispatches the perp by viciously snapping his neck.

However, the people who created and uploaded the video warned the audience from the start that the whole thing was staged using “deepfake tech", clarifying this issue in the caption “if the double-360-neck-snap didn’t give it away”.

Some commenters also noted that the voice of the actor portraying Keanu Reeves in this video was a dead giveaway that he wasn’t the real deal.