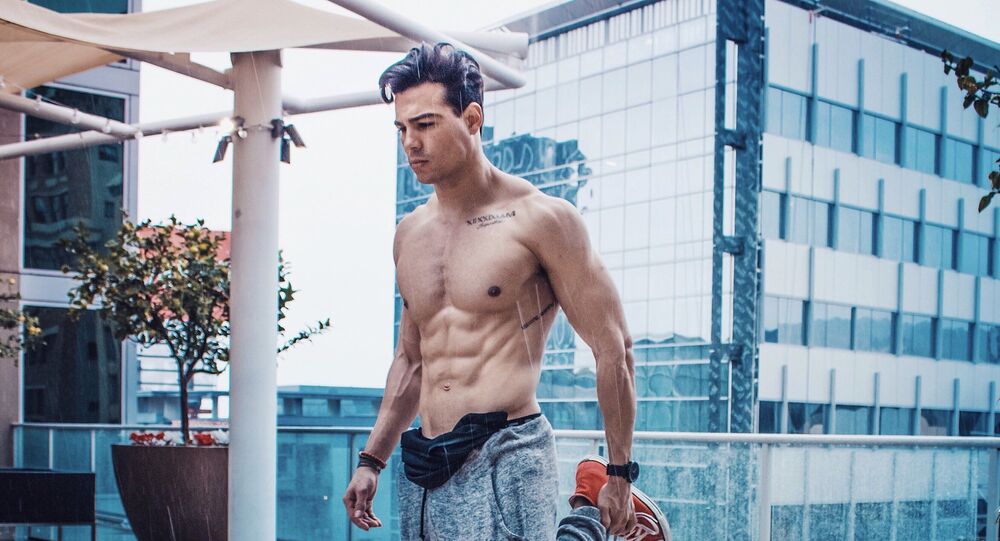 Raymundo Diaz's YouTube channel has over 300,000 subscribers, and 3 million Instagram followers, where he posts regular workout videos and fitness advice.

Youtube Influencer Raymundo Diaz was arrested around 5am on Friday following accusations of sexual assault.

The 33-year old was arrested by the Los Angeles Police Department who are investigating Diax after a clip surfaced of the internet celebrity allegedly abusing a teenage girl.

The allegations began on 11th July after a 24-minute video was uploaded by Daniel ‘Keemstar’ Keem about Diaz’s girlfriend Angelicsalek, after she posed an audio recording of her apparently being physically assaulted by Diaz on her Instagram.

In the clip, a man who is apparently Diaz can be heard threatening Salek then physically attacking her. The YouTube star confirmed the voice was him but claimed it was a recording of the two in an acting lesson.

The 17-year old later confirmed on DramaAlert that the recording was in fact a real threat.

During the interview she went into detail about her relationship but did not disclose any information on sexual activity.

If the couple did engage in sexual acts, Diaz could also be investigated for sex with a minor.

LAPD tweeted confirming Raymundo Diaz had been arrested and was on a $500,000.00 bail.

We thank the public for their outpouring of concern regarding this case. We are better when we share the responsibility of making sure every member of our community is safe. https://t.co/lICcjCUiwF

Twitter erupted in Praise of Keemstar and DramaAlert for outing the alleged abuser.

You can name @KEEMSTAR and the team at #DramaAlert you know

Keem did a good thing and respect him even more

​Will others said that the video evidence would have led to the arrest without Keemstars video.

These kids thanking Keem and gongratulating him as if he made the arrest. I dont deny that putting spotlight on the situation and public pressure on the authorities might help sometimes, but Keem didnt do more than the mother, authorities or the girl herself.

Diaz has yet to make an official comment on the case