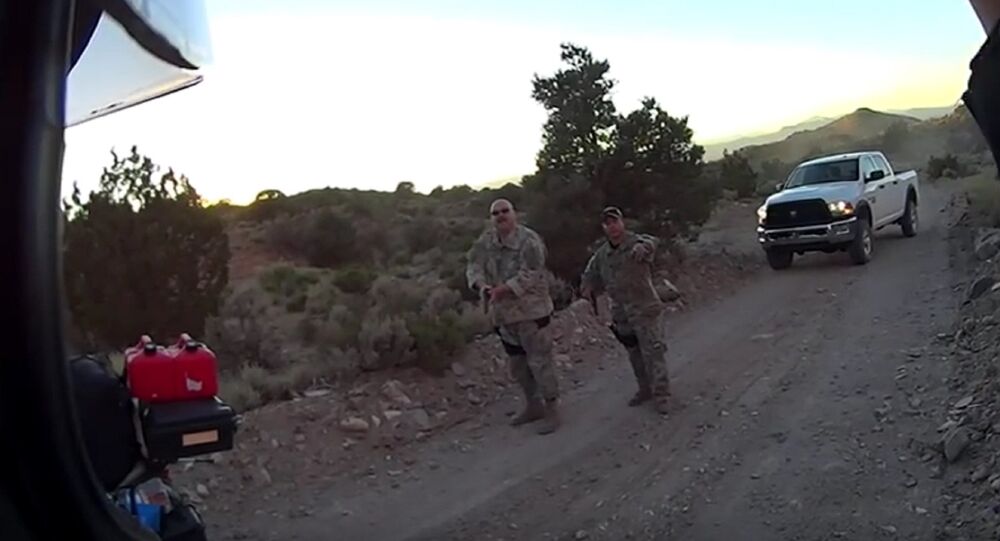 Truth (read: alien) hunters have amassed a whole army of followers in the past three days since a respective event page was created on Facebook. The name clearly states the goals: to take what has long been claimed to be an extra-terrestrial hub by storm, literally.

As the number of those willing to attempt to seize the highly classified Edwards Air Force Base , or Area 51, which is central to numerous UFO-connected conspiracy theories, hit 300,000, concerns have emerged that some – or perhaps all –  of those who are symbolically enrolled in the flash mob on Facebook will indeed flock to Nevada.

The event, titled “Storm Area 51, They Can't Stop All of Us”, is slated for 20 September, shortly after a break following the peak holiday season.

Jokingly, the crowd is expected to reach Nevada and then run as quickly as they can to their final destination – something that will boost the chances of at least some surviving and getting a glimpse of aliens with their own eyes, prospective participants of the Facebook event believe.

One of the community’s members, apparently noticing the tremendous uptick in participants, chose to note at once (especially for the US government) that the attack he proposed in the comments was a joke and that he is not responsible in any way if someone decides to go through the farce plan.

With memes on the kiddingly suggested attack including “army crawl and Naruto run” continuing to arrive, despite many openly laughing it off, speculation is running high as to whether the joke is getting out of hand.

"Y’all announce this rush onto a top secret military base months before it is supposed to happen? And don't expect the military to already have plans of actions for foreign invaders that they could just as easily use on what would legally be a domestic terrorist attack?" one wrote.

According to warning signs found at Area 51, the base management permits the use of weapons to fend off unwelcome guests. They didn’t specify, though, if those unwelcome are extra-terrestrials or humans. It stands to reason, though, that trespassers will at least be fined.

There has already been a precedent of the kind, as recalled by Live Science, when an off-road vehicle carrying a guide and tourists accidentally transgressed the area’s borders. The passengers were fined $650 each, and the driver was also temporarily banned from organising tours of Nevada.