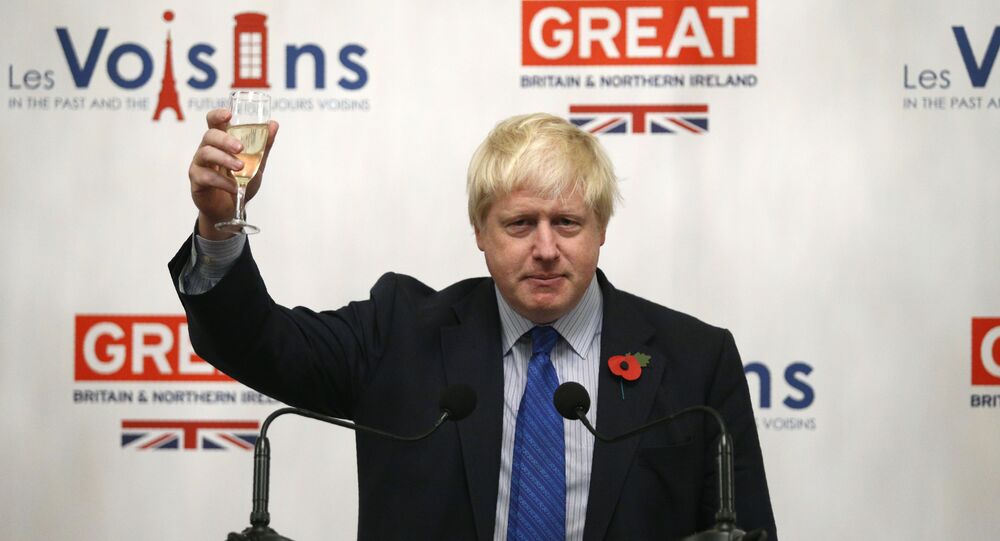 The former London mayor known for his Epicurian habits told Politico that he was a “wine man” and was very fond of red Tignanello.

UK Tory leader hopeful, Boris Johnson, has revealed he shares a candid, heartfelt love with Duchess of Sussex Meghan Markle - a bottle of red wine valued at £180 a bottle, the Sun reported on Thursday.

He said that someone had “bought me a crate of it and I had no idea how expensive it was, and I was just glugging it back".

“It's extraordinary stuff, but I mean it was delicious”, he added. "I discovered later that it was the favourite wine of Meghan Markle."

Meghan’s former lifestyle blog was named The Tig after the red wine.

Mr Johnson also moaned about his weight, stating that he needed to “get back on the treadmill” and that his bike had become “a pathetic object propped up against the railings of Portcullis House".

Of course, social media was not so kind to the Brexiteer-in-Chief, and some tweeted a few cheeky comments to the UK's potential No 10 sensation.

​Some called for his head, asking others on Twitter if they had a spare guillotine laying around. Others took the mick with Ol' BoJo, as well as a chance to vent their rage against Brexit and speak about his love of arts and crafts.

Johnson, who is campaigning to become the next Prime Minister, was embroiled in a scandal for failing to back ​UK ambassador to the US, Sir Kim Darroch, amid a diplomatic row with US president Donald Trump. Johnson was accused of throwing Darroch "under the bus", Junior Foreign Office minister Alan Duncan told the BBC. The leak revealed that Mr Darroch had called the Trump administration "dysfunctional, unpredictable [and] diplomatically clumsy".