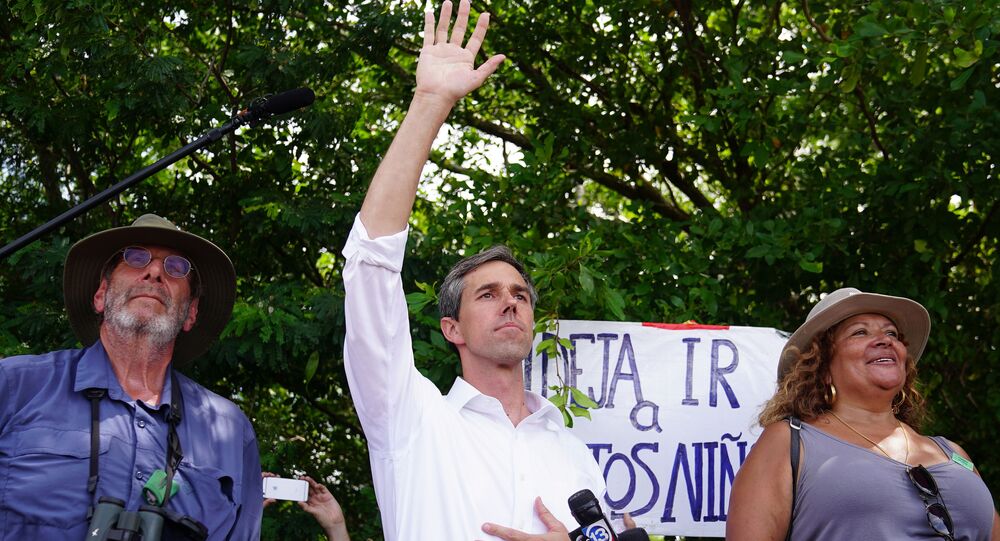 The former Dem congressman from Texas has made immigrant rights and "racial justice" one of the central points of his campaign to win the Democratic primaries ahead of the 2020 presidential election. However, he has so far failed to attract broad support, with the latest polls putting him at 3-4%.

Beto O'Rourke, currently competing for the Democratic Party nomination for the 2020 presidential election, has stated during a meeting with immigrants and refugees in Nashville, Tennessee that the US was allegedly "founded on white supremacy". He further argued that many things haven’t changed since then.

"Every single institution and structure that we have in this country still reflects the legacy of slavery and segregation and Jim Crow [laws] and suppression even in our democracy", he said.

Democrat presidential candidate Beto O’Rourke: “This country was founded on white supremacy and every single institution and structure that we have in this country still reflects the legacy of slavery and segregation and Jim Crow and suppression even in our democracy” pic.twitter.com/84RqYqu6i0

O'Rourke went on to criticise the raids being conducted by Immigration and Customs Enforcement (ICE), noting, however, that the agency has been around since long before Donald Trump - who is often condemned for his immigration policy by Democrats - became president.

"We also have to admit that Democratic presidents have used ICE raids mercilessly. Whatever the motivation, it instilled fear and broke up families", he said.

However, many Netizens were not impressed by O'Rourke's "revelations", with some pointing out that he doesn't know the country's history well enough to speak about it, while others suggested that he is outright insane.

These new democrats are clueless about history, and it shows every time they speak.

Why are Democrats teaching immigrants to hate the US. I'm beginning to think their quest for power has made them all insane.

Several Twitterians reminded the candidate that it was his own Democratic Party that enacted the notorious Jim Crow laws in the Southern states, thereby adding to the racial segregation there.

Who made Jim Crow laws 🤔 the democrats did that who ! Also a black man an ex slave from Mississippi & Woodrow Wilson a DEMOCRAT! #DemocraticSocialism pic.twitter.com/scHnWlEj9e

No, beta, it just reflects the evil ancestry of the Democrat party.

Many found O'Rourke's claims to be contradictory and strange, since he is himself a white male who is running for the presidency of a country that, in his opinion, has racial problems.

Oh, the crap that a desperate lilly-white Democrats who's way behind in the polls will say to pander for votes.

He must have a very low opinion of those he's speaking to.

One social media user even suggested that O'Rourke should probably just leave the country if he thinks so badly of it.

Pure poison. If he really believes this, he should renounce his citizenship and move to a different country. This man should NEVER be President.

However, there were some Netizens who agreed with the Democratic candidate…

Everything in the quote is accurate. Debate me.

Beto O'Rourke has been actively promoting his stance as a defender of immigrant rights and a harsh opponent of racism as part of his campaign to secure the Democratic nomination for the 2020 presidential election in the US. However, polls show that although he has managed to attract some support among minorities and people of colour, overall he has only managed to gain around 3% of potential voters - a far cry from the current leader in the Democratic race, Joe Biden, who stands at around 30%.