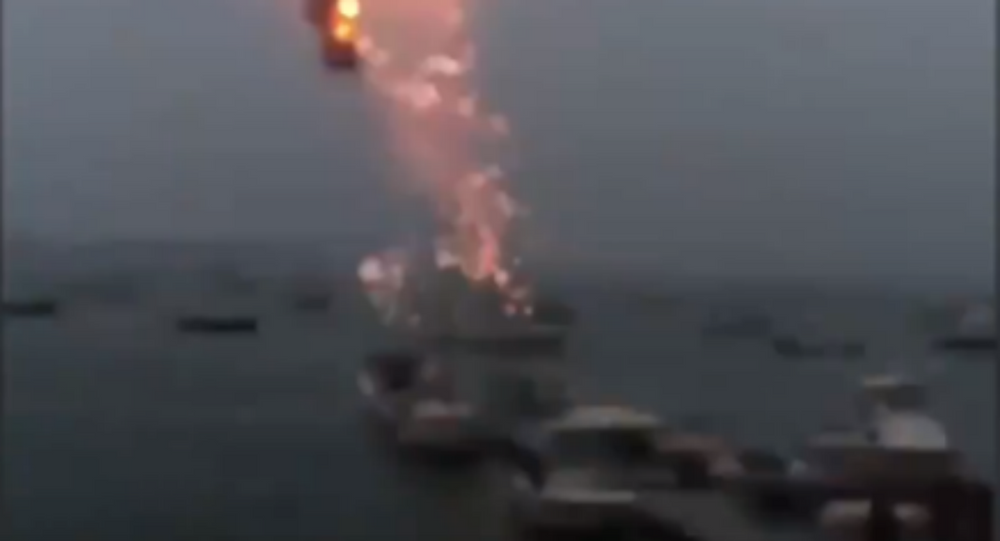 Video footage of lightning striking a sailboat at the Columbia Yacht Club in Boston, Massachusetts, on Saturday has gone viral.

Drew Plominski, the 33-year-old owner of the 30-foot vessel Perseverance, was planning on leaving Sunday morning to compete in the 363-mile Marblehead to Halifax Ocean Race. However, on Saturday, he heard a loud boom from his house, just a couple of blocks away from the Yacht Club.

​"It shook the floor," Plominski told The Boston Globe, describing how he could hear the lightning strike from his house. One of his friends at the club called and told him his boat had been hit by a bolt.

Luckily, no one was on the boat when lightning struck.

"It was nuts," Plominski said. "We were down there 15 minutes before. We were just waiting for rain to die down before we went down there again."

The footage of the incident was captured by another member at the yacht club. The lightning bolt can be seen striking the yacht’s mast, causing sparks to fly before a cloud of smoke billows into the air.

According to Plominski, the boat is still floating in the water, and he’s trying to figure out how much damage was actually done.

“All the electronics are fried,” he told the Boston Globe, also noting that he wasn’t able to participate in the Marblehead to Halifax Ocean Race.