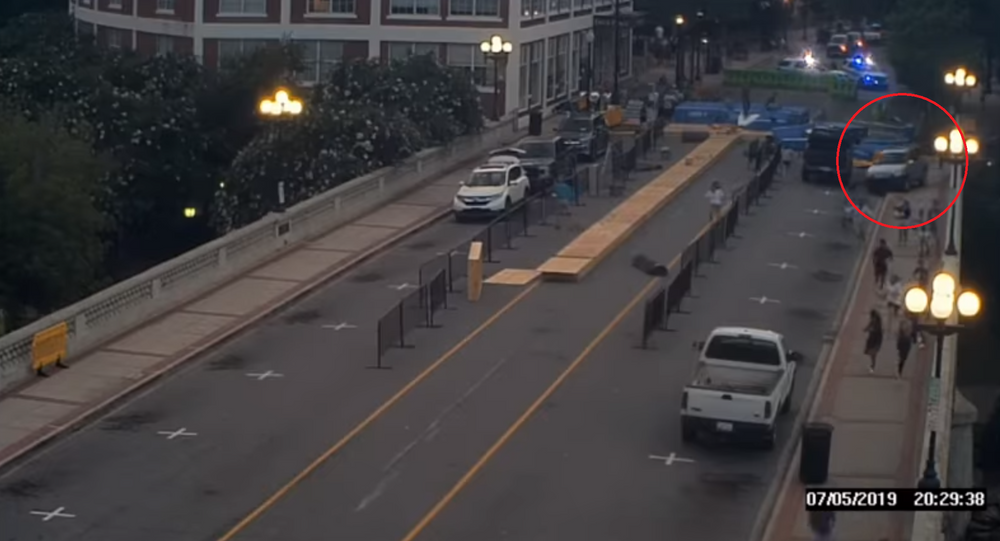 Snake-Slinging US Carjacker Arrested After Crashing Through Barricades (Video, Photos)

A 29-year-old US woman faces a series of charges after she allegedly assaulted a woman with her fists, sticks and a snake before stealing her car, which she plowed through event barriers and crashed into another vehicle.

Hilmary Moreno-Berrios is being held on $25,000 bond at the Greenville County Detention Center in Greenville, South Carolina, and has been charged with carjacking, malicious damage to personal property, hit and run, failure to stop for blue lights, resisting arrest, driving on a closed street and reckless driving following the Friday grand theft auto incident.

According to the Greenville Police Department (GPD), Moreno-Berrios punched a woman in the head and threw sticks and even a live black rat snake at her before stealing the victim’s Honda CR-V SUV from the Caledon Apartments in Greenville.

Traveling toward downtown Greenville’s Main Street area, Moreno-Berrios barreled through barricades and other barriers put in place for the annual Liberty Bridge Jump-Off pole vaulting competition. The damage to the event equipment total around $17,225, according to police. However, the event did proceed as planned the next day.

With police in pursuit, the suspect continued through the crowded downtown streets until she crashed into another SUV containing a mother and daughter. Police even revealed that it was the mother’s birthday, but neither she nor her daughter were injured by the impact.

Moreno-Berrios is said to have then fled the vehicle and attempted to enter a church before GPD officers caught up with her. Though the suspect reportedly resisted arrest, she was ultimately put in cuffs and transported to a local hospital for a shoulder injury. She was released from the medical facility and placed into police custody on Monday.

No other individuals were injured in relation to the incident, although some Facebook users argue the non-venomous snake may have sustained trauma to its jaw and possibly its tail prior to being released back into the wild.

Moreno-Berrios is said to have undergone psychiatric evaluation and testing over the weekend, but the results of said assessment are not yet public.