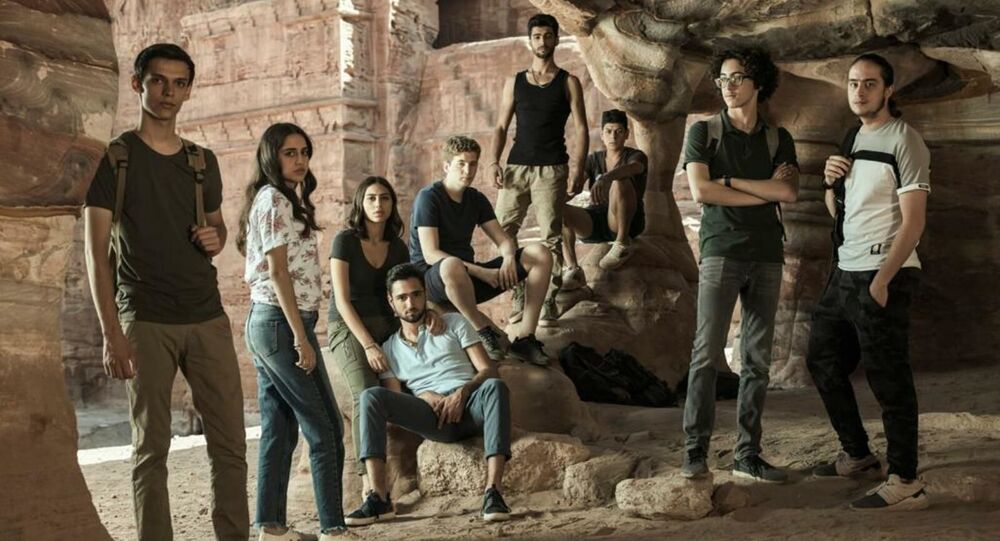 Although the streaming giant has long provided the region with its standard American-made content, the series was its first major project to be made almost entirely in the Arab country for regional viewers.

The US-based streaming company Netflix's first Arabic-language TV drama called "Jinn" has faced major criticism from both Jordanian officials and religious leaders after being deemed offensive to the country's society and traditions. The show tells the story of teenagers from a Jordanian school who accidently summon mythical spirits - jinn - and become involved in a series of creepy supernatural incidents, while at the same time trying to resolve their own personal issues.

Jordan's grand mufti slammed the series for containing "immoral scenes" and not representing the moral values of the Jordanian people. The country's Tourism Ministry lambasted the teenage drama for its "lewd scenes", allegedly referring to kissing scenes, which are usually obscured on Arab TV, while the national media regulator demanded that those responsible for the production of the show be held accountable. The Muslim Brotherhood, a major regional Islamist organisation banned in several Middle Eastern states, claimed that allowing the series to be streamed in the country was "a terrible crime", claiming that scenes in the show "violate the values of Islam".

However, unlike the religious leaders and government officials, many Netizens who have watched the TV show came to its defence, hoping for a second season.

So now that we’ve established that the haters can fuck off to their religious superiority bubbles, I would like to reiterate how much of a captivating, funny, suspenseful show #JINNNetflix is. I absolutely love Mira and her feisty attitude. I love Aysha’s character, Vera. Ouf 😅

jinn on netflix is not that bad, let em kids eat

I couldn’t fucking believe how much content is complianing about this show as if it’s the most unforgivable offense that has happened in the region. Are you fucking kidding me? It’s just a teenage drama about teenagers doing exactly what ALL teenagers do in secret!

Others have outright accused the conservative "haters" of hypocrisy, indicating that they are ostracising the series for showing the same activities that they themselves do in their own everyday lives.

My relatives condemning the language used in Netflix’s Jinn when the first time I’ve ever heard this language as a child was from them really sums up the Jordanian outrage over the show.

People don't like having the magnifying glass pointed at them

Some, however, partially agreed with the accusations levelled against the Jinn series, calling it "borderline pornographic". They noted that it was poorly produced and indicated that Netflix had failed to represent Jordanian culture, allegedly making it more American.

#Jinn’s as an idea was great but the execution was horrible, distasteful, and borderline pornographic. The thing that I am really upset about is that it feels that the show-runners wanted to please the western audience with disregarding the Arabic culture https://t.co/oC2LFeQZBP

In light of the criticism against Netflix’s first Arabic television show, the streaming giant has suspended its plans for a second one, called AlRawabi School for Girls, without specifying whether it plans to resume production at a later date or is considering cancelling it for good. A Netflix spokesperson said in an interview with The Telegraph that the company understands that some viewers regarded Jinn as "provocative" and promised to listen to the feedback when producing new content for the Arab world.

'My Weekend Plans': Golden Retriever With Bowl of Popcorn Ready to Watch Netflix