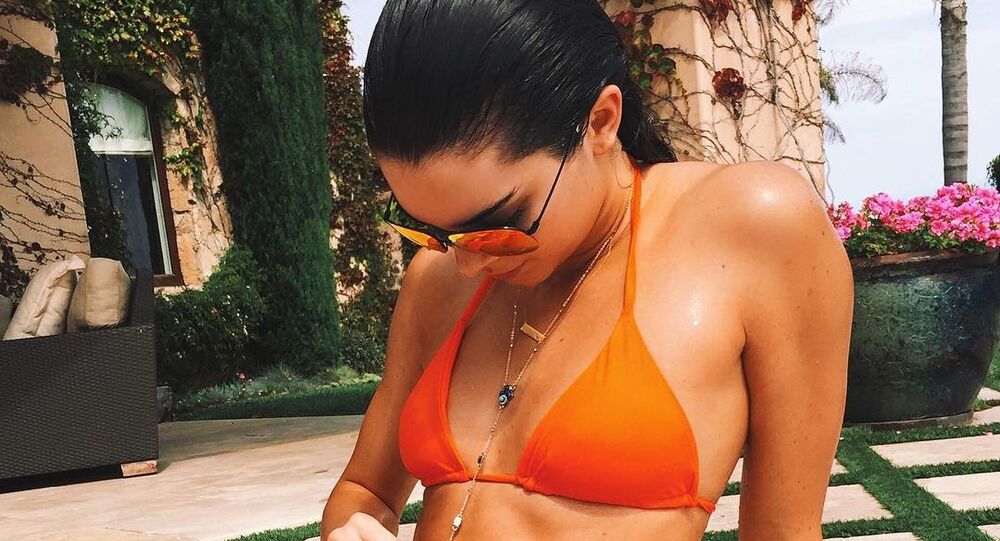 One of the Kardashian clan’s beauties joined this summer’s viral craze after she was challenged by another Instagram diva, Hailey Bieber (nee Baldwin). Her response has everything a celebrity fan could wish for – a model in a tiny bikini, the picturesque Greek seaside, and holiday vibes.

Supermodel Kendall Jenner demonstrated her jet ski driving skills and impressive flexibility when she unscrewed a bottle cap amid this year’s hit social media challenge. The Instagram diva, who is enjoying a vacation on the Greek island of Mykonos, known as a party Mecca around the world, was nominated by fellow model Hailey Bieber, who, in turn was challenged by her husband, hit-maker Justin Bieber.

While stars, like the Canadian pop idol, Guy Ritchie, Jason Statham, and others opened their bottles with a roundhouse kick, Jenner used the extreme sports gear for the stunt and knocked the bottle cap off after approaching it at a relatively high speed.

She shared the result on Instagram to the delight of her numerous followers. The celebrity seemingly had fun, as her smile at the end of the video suggests, but also remained conscientious about the environment and assured her followers in the comments that the cap had been “recovered” from the water.

you asked for it @haileybieber ...

At the time of publication this video had already been viewed almost 19 million times and has been praised by Jenner’s fellow celebrities. Her famous sisters Kim Kardashian West wrote “This is so good!!!!!” while hip-hop veteran 50 Cent reposted the clip on his own account, commending Jenner’s efforts. The caption under his post reads: “don’t do them like that, ya[sic] killing them”.