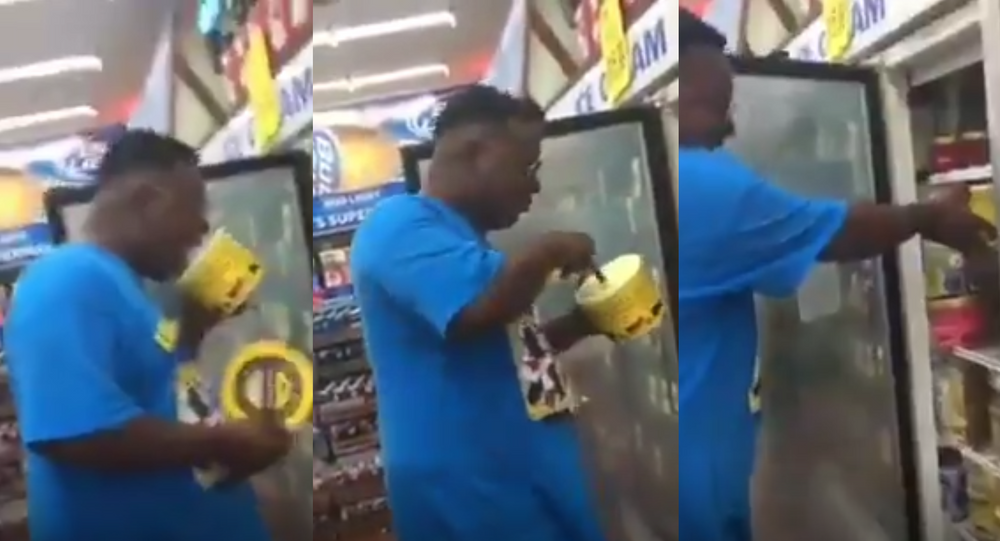 Yet another US individual faces charges related to a recording of them licking and returning a carton of Blue Bell ice cream to a supermarket freezer. Although there are slight differences in the two cases, police argue the intent remains the same.

Even though the 36-year-old was able to provide police officers with a receipt suggesting that he later bought the ice cream in question, he still faces charges related to his sharing of the act on Facebook, possibly encouraging others to do the same.

This done gotten out of hand. Now his old ass should know better🤦🏽‍♀️@ILoveBlueBell @WAFB @Kiran_WAFB pic.twitter.com/TKX0jUikok

“Taking into consideration that he eventually purchased the same container is one thing,” Assumption Parish Sheriff's Office Commander Lonny Cavalier told CNN Sunday. “However he puts it on Facebook to gain this notoriety, and at the end of the day, it gives other people ideas that are not the best interest of public health.”

The Louisiana man’s bond hearing was supposedly set for Monday, but no announcement has been made concerning the amount or whether he made bond.

Martin’s taste for fame leading him astray comes just a week after a Texas woman went viral for defiling another carton of ice cream from the same company.

The woman was later identified by authorities as a minor under the age of 18. Due to her age, police refused to release her full name, but Blue Bell did note on their website, via a July 5 statement, that the young woman’s fate rests in the hands of the Texas Juvenile Justice Department.

A slew of other young copycats have recorded themselves trying their own luck against law enforcement in similar stunts.

I think we have to turn Gen Z off and back on again. pic.twitter.com/1zSaQ1vPCQ

Despite the outcomes of their actions, it would appear the likes, retweets and overall social media engagement take precedence over human decency.

Just left the police station. Too much clout to care 💚😄 pic.twitter.com/CfP7tqIEX9

Blue Bell notes on their website that they are currently “looking at methods within our manufacturing process to add additional protection to the carton.”

Nevertheless, some stores are taking matters into their own hands in terms of precautionary measures.

Locking up the ice cream? Because juveniles and idiots are going around licking ice cream and putting the carton back in the freezer. A good idea to lock up ice cream ...yes. It is just sad this is what it has come too. #IceCream #IceCreamidiots 🍨 pic.twitter.com/aoCCrx59Hg

In both Blue Bell licking cases, it remains unclear whether the video recorder of the act will also face charges.

Too Hot for Hanoi: Vietnamese Model Might Be Fined for Revealing Cannes Outfit (PHOTOS, VIDEO)