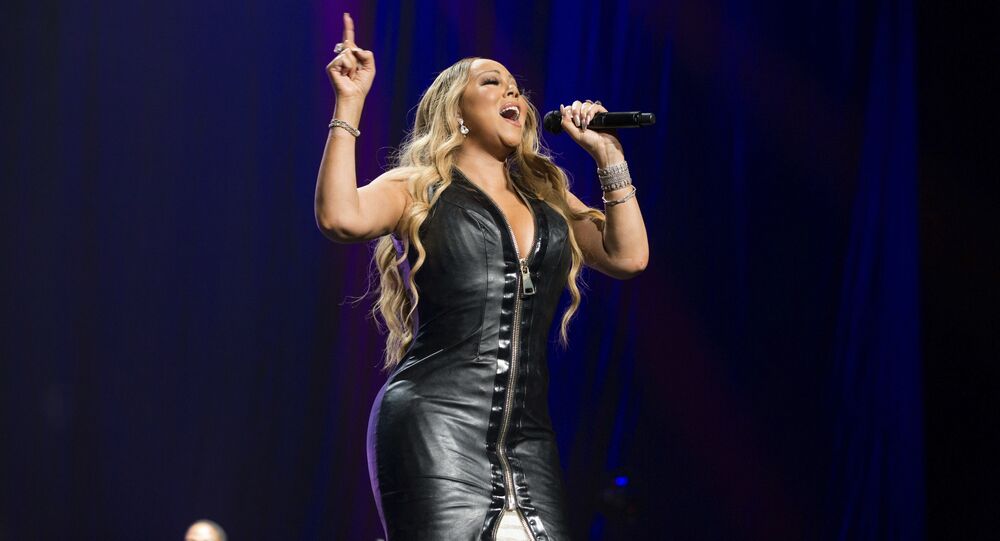 The #bottlecapchallenge has taken the internet by storm. Celebrities and others are attempting to remove screw-top bottle lids using impressive and unique MMA kicks with varying degrees of success and failure.

Best-selling singer Mariah Carey blew fans away with her own contribution to the viral #bottlecapchallenge on Sunday.

Following the likes of Jason Statham, John Mayer, Andrew Yang, and Ellie Goulding, the 49-year old posted her own attempt at knocking a cap off of a bottle adding her own twist to the challenge – her voice.

The video shows Carey appearing to prepare for a some kind of martial arts kick on a bottle only to abruptly hold her head and let out an amazing high-pitched sound.

The sound appears to reverberate across the room and immediately causes the cap to fly off the bottle.

Twitter users have reacted with awe at the star's challenge attempt, with some even declaring her the "winner of the challenge.

From opening garage doors to opening bottle caps. You won! 👸😂

​Others were baffled over the singer's abilities.

On a serious note HOW did she do that im scared pic.twitter.com/HXTDdPZLyd

lmfaoooo!!! that bottle cap flew off faster than my wig bitch! 😂😂😂

She was even accused of making wine bottle lids fly off just by watching the video.

While playing this video the bottle cap of my wine flew off.
Well played mariah
Well played pic.twitter.com/zeqx2STKBp

​More cynical users accused her of not "following the rules" of the challenge.

Didn't crush a damn thing! please first oh all you didn't follow the rules. This ain't shit!! This dude is the winner lol!! Your vocals against https://t.co/MarN0Ash5s

​Her unique submission puts the star among other celebrities who took a light-hearted approach to the challenge, such as Ryan Reynolds hilarious failed attempt.