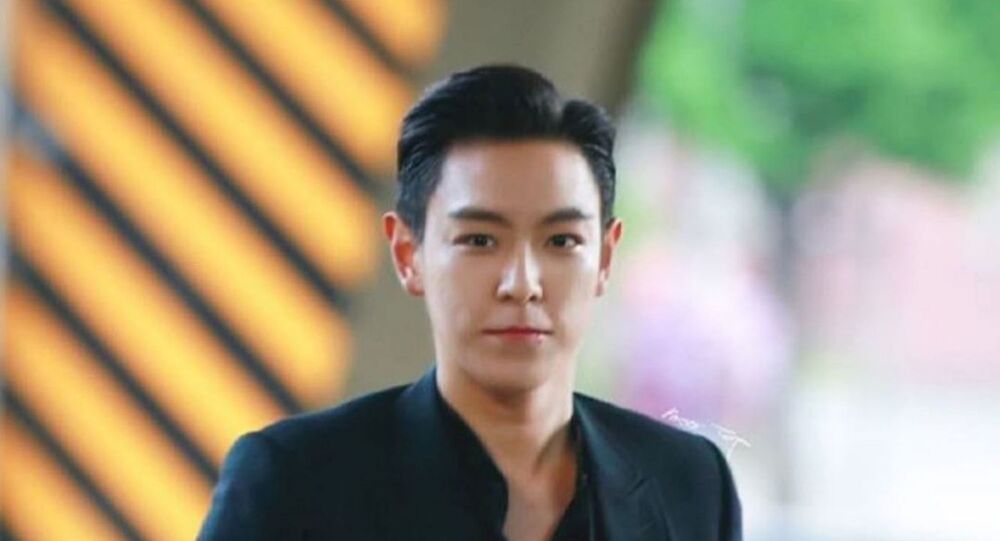 The star became the first member of the popular boy band to be released from mandatory South Korean military service.

T.O.P (real name Choi Seung-hyun), the main rapper and vocalist of the one of the most influential groups in K-Pop, BIGBANG, was discharged from military service on Saturday amid a lot of fanfare. VIPs (official name of the group's fandom) came to greet and support their idol who returned after successfully completing his 2-year mandatory service.

Dozens of VIPs gathered near the Yongsan Craft Museum in Seoul where the singer served as a public worker. T.O.P greeted them, shook their hands and thanked his fans for their continued support.

[Video] T.O.P at a "secret" Fan meeting after he finished his last day of Military Service as a Public Service Worker at the YCM
2019-07-06

​T.O.P is the first member of BIGBANG to be discharged from the military service, with the others - G-Dragon, Tayeang and Daesong - expected to be released later this year. Fans of the group rushed to social media to express their delight with the news and many started to count down the days till the group's return to the stage:

The audacity to ask—

Here's a list sir:
- shook hands with 600 fans
- specially meet the fans after discharge
- WE FREAKING MISSED U SO MUCH U DON'T EVEN KNOW 😭
- We love you with all pur hearts #ChoiSeungHyun #BIGBANG pic.twitter.com/Tqitv2fkw0

Can I just say that TOP being released from mandatory service was like a breath of fresh air. I cannot wait for G-Dragon, Daesung, and Taeyang to be released this year. Big Bang will have their reunion without the mess caused by their youngest -_-. #BIGBANG

Can BIGBANG just comeback again and do world tour again, so that I can use my light stick on an actual bigbang concert. 🙏 yep, attending bigbang concert is on the top of my bucket lists for so long and it still remains on the top until now. #BIGBANG #VIPS

Welcome home baby!!!! I love you so much T.O.P. Top means so much to me 🥺 bigbang will thrive pic.twitter.com/fyJ2VmD3R0

However, T.O.P's release from the military happened at uneasy times for the group as its label, YG Entertaiment, is mired in a major scandal in the K-Pop industry. The head of the company, Yang Hyun-suk, resigned from his post after the Burning Sun night club sex scandal, which also forced the retirement of the fifth member of BIGBANG, Seungri; drug scandal involving IKON leader, B.I, and allegations of corruption.