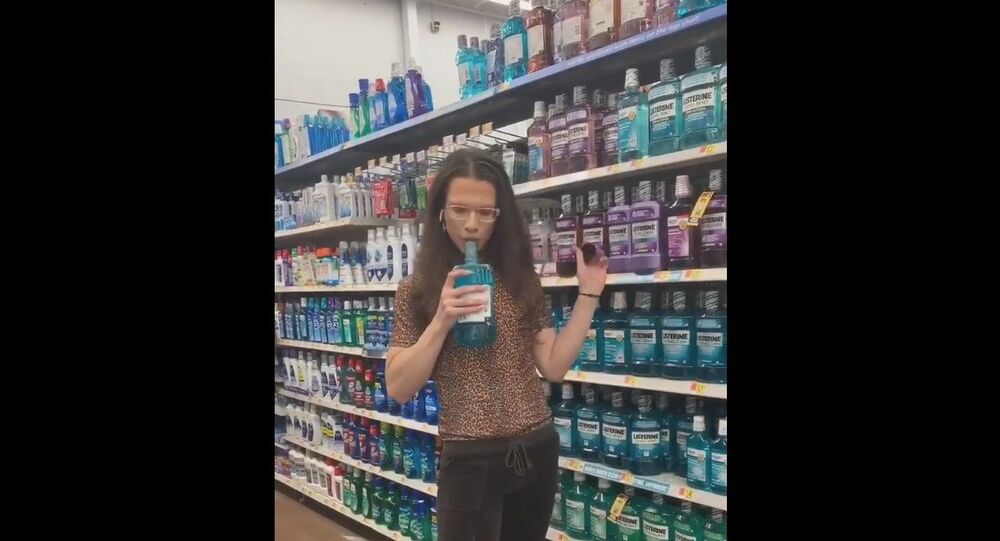 US shops are in grave danger from a new threat, as numerous social media dwellers have found a new and disgusting way to attract millions of views. Following a viral video filmed late in June, in which a young woman takes a bucket of ice cream, licks it and puts it back on the shelf, several copycats decided that they would follow suit.

Several social media users attempted to raise views and comments by posting videos of themselves spoiling merchandise in shops and putting it back on the shelf, giving birth to an #icecreamchallenge hashtag.

​One copycat video shows a young man taking a similar bucket of ice cream, grabbing a chunk of the frozen dessert and stuffing it in their mouth before putting what remains in his hand back into the bucket.

I think we have to turn Gen Z off and back on again. pic.twitter.com/1zSaQ1vPCQ

​Another video posted in July takes the disgustingness to a new level. In the video, a transgender customer takes a bottle of mouthwash, gargles with it and then spits it back into the bottle.

Honestly who is raising these monsters pic.twitter.com/DDpZBFqMNG

​“Girl, it has been one musty f****** morning,” the attention-starved internet user can be heard saying in the video.

The user’s profile picture with mouthwash and related profile description indicates this was the most viral deed in their entire career.

People in the videos seem to be oblivious that, if caught, they face up to 20 years in prison for second-degree felony tampering, according to a CBS News report. The young woman who started it evaded the harsh punishment by being a minor. It is unknown yet what penalty she will face.

The ice cream hashtag gave birth, however, to an unexpectedly uplifting response. In protest to  disgusting conduct, users have been posting numerous videos of themselves taking an ice cream bucket from the fridge and simply putting it into their shopping bin.

You KNOW I had to do the Ice Cream challenge!

Seriously, don’t do it. As another viral meme states: “Find other ways to dissappoint your parents.”