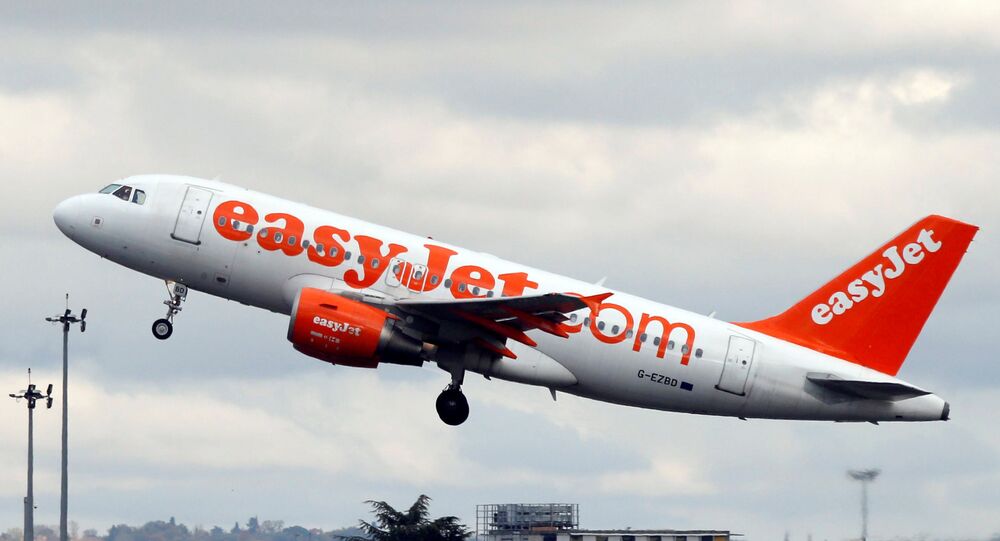 Too Hot to Handle? EasyJet Reportedly Removes Makeup Artist With No Bra on From Flight (Photo)

After leaving the flight, the removed 31-year-old makeup artist spent the night sleeping on the floor at the airport in Spain's Malaga; after that, she purchased a new £149 return ticket for the flight scheduled the next day, The Sun reported, citing the woman.

An EasyJet crew allegedly kicked out a mother-of-two, 31, saying that her outfit - a low-cut see-through top with no bra, with nipple covers though - was inappropriate, The Sun reported on Saturday, citing the woman removed from the flight as saying.

"This air hostess confronted me in front of the whole plane and said I wasn't allowed on in that top," makeup artist Harriet Osborne said.

A WOMAN was booted off an easyJet flight — because her outfit was too low-cut.
Stunned mum-of-two Harriet Osborne, 31, was told...https://t.co/XAGEBKNyPE pic.twitter.com/vqlPaGLMPg

However, EasyJet released a statement in which it confirmed that Osborne was removed from the flight, but insisted that its staff opted to do so because of her disruptive behaviour.

"We can confirm that a passenger travelling from Malaga to Stansted on June 23 was unable to travel due to behaving disruptively."

The company went on to note that "crew politely requested that the customer wear an additional top for the flight", and the passenger consented to it. "However she then proceeded to act disruptively towards a member of our crew," EasyJet added.

Reacting further to the incident with Harriet Osborne, the company emphasised that its "cabin and ground crew are trained to assess all situations and to act quickly and appropriately. We do not tolerate abusive or threatening behaviour towards our staff.”

The removal incident with EasyJet comes after a woman travelling to Geneva to celebrate her 50th birthday was asked to leave a flight in January; the company later explained that the flight was overbooked.

French EasyJet Pilot Convicted of Flying While on Ecstasy