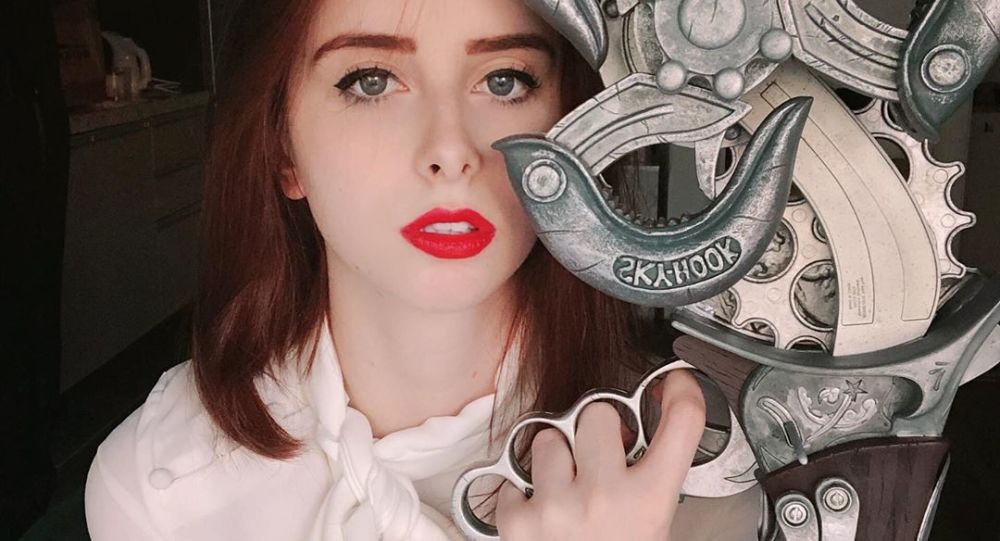 While a number of social media users flocked to support the influencer, some have defended the company's decision to sever ties with her.

Gabriela Cattuzzo, a social media influencer and popular video gaming streamer from Brazil, has apparently ended up losing the sponsorship of gaming hardware manufacturer Razer, after she delivered a somewhat emotional response to harassment on Twitter.

The incident took place on 21 June when Cattuzzo posted online a picture of herself riding a mechanical bull, to which one user reacted with the following comment: “You can ride me if you like”.

“There’s always going to be a f***ed in the head macho man to talk s*** and sexualise women until the woman starts making jokes, right?” the streamer tweeted in response. “And this is why men are trash.”

As the Independent points out, Cattuzzo has apparently realised that "her comment may have gone too far" and sought to clarify that she did not regard all men as problematic.

However, Razer has announced that they no longer intend to renew their sponsorship contract with the influencer, who was helping them promote their products.

​“As gamers, we face every type of preconception and stereotype from the outset, and we will continue fighting so that this type of situation doesn’t repeat itself”, the company said in a statement, as quoted by the newspaper, adding that they oppose “extremism” of any kind.

In response, many social media users blasted the company for this move, and voiced their support for Cattuzzo.

What Razer Brazil did with the Gabi Cattuzzo channel is a shame. It became obvious that Razer defends macho pigs and the women has no right to defend herself against sexual harassment. You can cancel her sponsorship, but we can buy our items from your competitors.

I was going to buy a @Razer mouse but I just found out it is a trash company who fires the oppressed and protect the opressors.
This is for Gabi.

@Razer To fire Gabi and not uphold a line where women sponsored by you are protected against harassers shows a lot about this company. That it’s run by men who don’t understand how it makes women feel to constantly be sexualised. I’m with Gabi. Shameful!

Some, however, seemed to agree with Razer's reasoning.

Nope, it’s fair. This is that equality women scream about. She called a whole gender trash, a company rightfully doesn’t want to be associated with that, end of story. Roles reversed you wouldn’t say a peep and you know it. I’m definitely buying Razer gear. 👍🏼

She said ''men are trash'', that's not a professional posture.