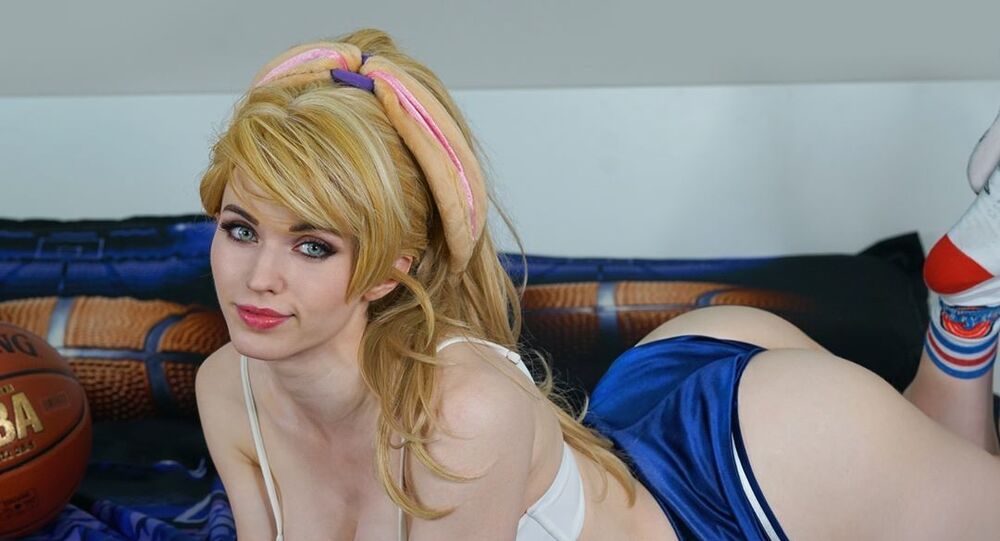 Popular Twitch streamer Kaitlyn "Amouranth" Siragusa has been criticised after she was caught lying about streaming in a store by telling staff she was “video calling".

During her own IRL stream on 23 June Amouranth was successfully streaming from the shop despite being questioned by a staff member. She simply lied to the staff worker in order to prolong her stream by suggesting she was “video chatting” and continued to browse the store’s stock.

Avenger in the streets, [blank] in the sheets 😈 fill in the blank 👀 Check out my bio link to SEE ALL of my videos & pics

Vampire in the streets, [blank] in the sheets 😈 fill in the blank 👅 THEN CHECK OUT THE LINK IN MY BIO to see my FULL VIDS & FULL SET

GIVEAWAY -LIKE this post, swipe thru & tell me what you’d do with THREE WISHES to win a gift card (I’ll dm you). Best answer and last answer (when I select winners) gets the prizes. AND get ALL MY VIDEOS & PICS THAT CAN’T BE POSTED HERE on my Patreon link (see my bio)

According to Twitch’s community guidelines, it is prohibited to share content on private property, without permission, meaning IRL streamers have to be extremely careful when livestreaming in stores.

“Are you videotaping in here?” asked the store worker, to which Amouranth responded: “We’re just video chatting, is that not okay?” The streamer was then given the all clear to carry on.

Amouranth had earlier been banned for filming without permission in a public place after serving a 12-hour suspension for streaming in a gym last year, where she was caught impersonating Shia LaBeouf’s famous "just do it" meme behind an unaware stranger.

However, it is unknown whether she will face another ban as a result of her failure to disclose that she was streaming. Many users suggested that Twitch might be unfair with regard to carrying out IRL bans.

"Lying about streaming is directly prohibited in the ToS, but just like last time she straight up lied, nothing will happen", said one of the commentators.

I wonder if shes gonna be banned cause privacy is ptivacy bathroom or not Amouranth under fire for breaking Twitch rules during IRL stream https://t.co/DwZFZmQZEo

Definitely seems like some unfair things going on with Twitch regarding bans from one person to the next. Totally uncalled for in a gym.

​Earlier during the E3 game conference, streamer Dr Disrespect was banned for breaking the community guidelines because he was streaming from a public bathroom, breaking the clause that forbids the creation or uploading of content that's "invasive of privacy or publicity rights".