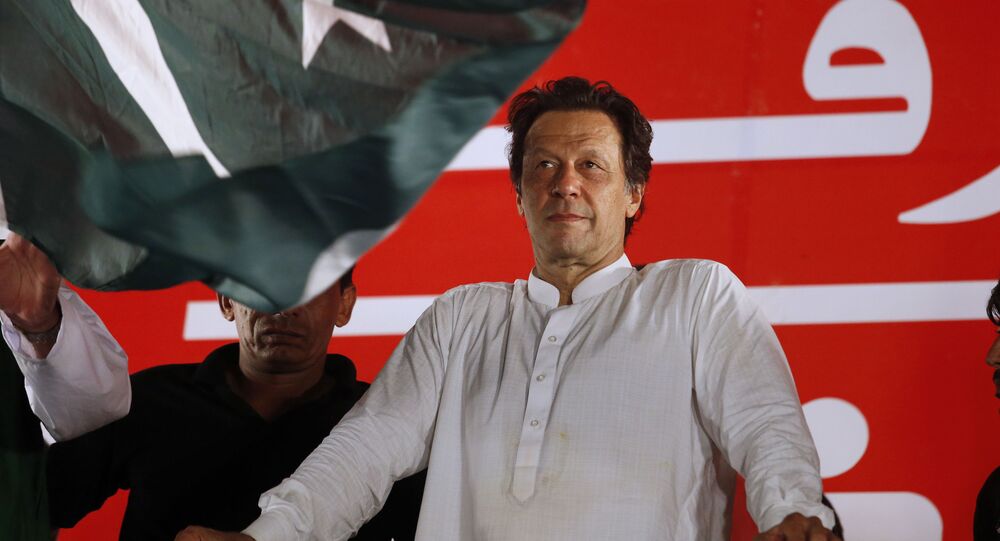 Pakistani Prime Minister Imran Khan's assistant's cricket-related blunder was made a few days after the Pakistani national team lost to its arch-rival India by 89 runs at the ICC Cricket World Cup 2019 in Manchester.

Naeem ul Haque, special assistant to the Pakistani prime minister, has found himself at the epicentre of a genuine troll-fest on social media after sharing an old black-and-white photograph of former Indian batsman Sachin Tendulkar and captioning it as "PM Imran Khan 1969".

As soon as Twitter users realised the scale of the blunder, they flooded his account with the wildest replies, with one posting a childhood pic of Indian cricketer Virat Kohli and captioned the photo as "Inzamam-ul-Haq [a former Pakistani cricketer] 1976:

Some Twitterians shared pictures of Bollywood star, Abraaz Khan, jokingly writing that it's none other than Roger Federer, the famed Swiss tennis player, who has scooped up 20 Grand Slam singles titles - the most in history for a male player:

One netizen tweeted a snap of US singer Justin Bieber, with the caption, "Arjun Tendulkar [an Indian cricketer] 2019"...

...while another posted the photo of Belarus President Alexander Lukashenko and Pakistani PM Khan from the recent Shanghai Cooperation Organisation (SCO) summit in Bishkek, Kyrgyztsan, and wrote that those were Australian cricket commentator Allan Border and Sachin Tendulkar respectively:

The slip-up came just a few days after the prime minister was himself ridiculed online for attributing a quote by Indian writer Rabidranath Tagore to Lebanese-American writer Kahlil Gibran:

Just came to know that this quote is by ‘Rabindranath Tagore’ and not by ‘Gibran’ @ImranKhanPTI pic.twitter.com/p9f7MHPeUg