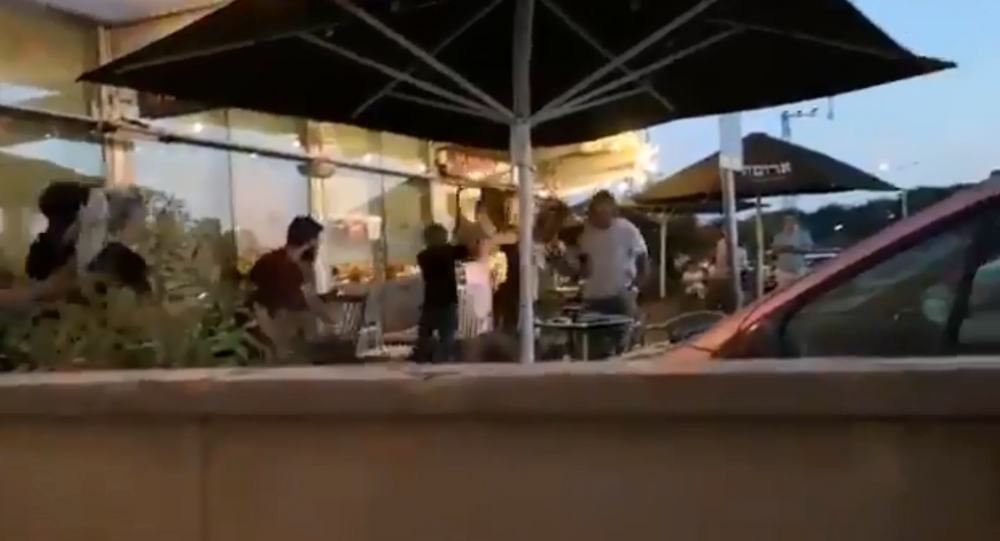 Diners at Menachem Wallerstein, a local pancake house restaurant in the Israeli moshav of Beit Yannai, got a dinner and a show over the weekend after an unidentified customer threw a massive fit because he wasn’t being seated quickly enough in the packed eatery.

Local media reports indicate the incident unfolded on Saturday after the customer grew increasingly irritated over the restaurant’s wait times, which prompted him to confront a waitress and demand that a table be made available to him immediately.

“He started immediately shouting loudly ‘yalla, yalla, clear a spot already,’” Marina Potts, the waitress that the upset individual approached, told Israel’s Channel 12. “I told him that wasn’t going to happen, and he threatened to hit me.”

​The man eventually struck Potts, and a massive brawl ensued after fellow staffers at the eatery jumped in to aid their co-worker. Video footage of the violent brawl shows the man tossing tableware, vases and chairs.

At one point in the recording, staffers can be seen trying to get the brawling customer away from the grounds by shooing him away with a highchair. The fight later spilled out into a parking lot by the restaurant.

Although local authorities did arrive at the restaurant to collect video evidence of the brawl and conduct interviews on Saturday, it wasn’t until Sunday that officials made an arrest in connection to the scuffle, the Jerusalem Post reported. Police identified the individual as a 36-year-old man.

This latest incident comes after cellphone video surfaced showing a fight breaking out between several individuals and security guards at a water park in the Israeli city of Holon. Similar to the violent weekend exchange, the June 9 showdown in Holon included fighters flinging plastic chairs at opponents.

​The Times of Israel reported that the Holon melee unfolded after a group of parkgoers were denied entry to the facility's spa area since they had not purchased the correct tickets.

“I do not know if they were drunk, but they certainly did not obey the instructions of the security guards and the ushers — they tried to enter by force,” Shimshon Chen, the CEO of the facility, told Channel 12 at the time. The incident later resulted in the arrest of a teenager.