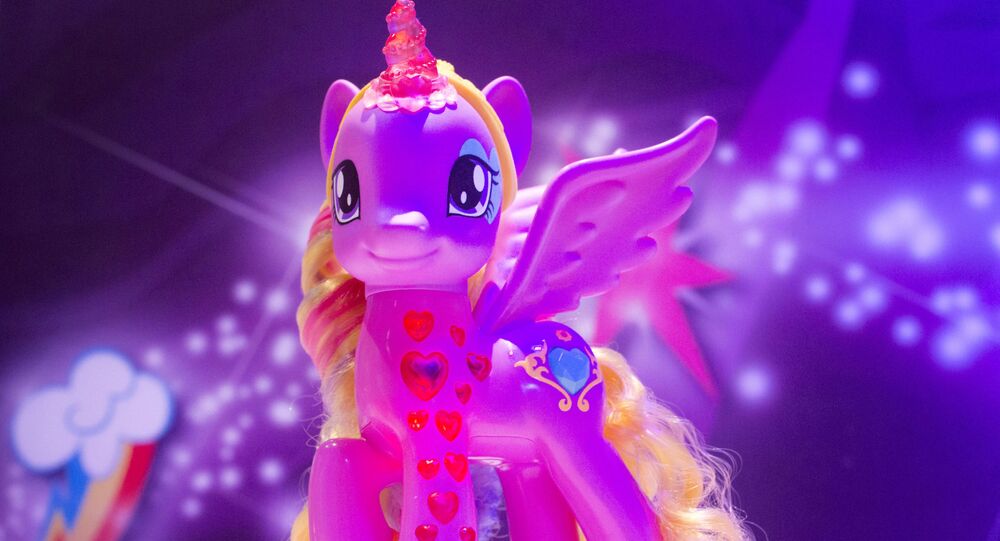 Coinciding with Pride Month, the Discovery Family cartoon series "My Little Pony: Friendship is Magic" has introduced a same-sex couple on the show for the first time.

Writer-producer Michael Vogel told People on Thursday the timing of the episode, "The Last Crusade," is a happy coincidence, as it was known that the first same-sex couple would be in the show long before the airing time.

Hey hey!!! @NicoleDubuc , @joshhaber and I doin what we can to bring more EQuality to EQuestria!! #PrideMonth https://t.co/YPOvvxT3v0

Aunt Holiday and Auntie Lofty’s lesbian relationship was confirmed on Twitter by Michael Vogel, a writer and producer for the show. Vogel, who’s gay, told BuzzFeed News that the idea for the aunts was a collaboration between himself and showrunners Nicole Dubuc and Josh Haber.

The animated show is based on a series of graphic novels. The two characters appear in one of the books, but the episode marks their first appearance on the TV show. Yet it was questioned whether these two ponies are a couple – and confirmed — back in October 2017, long before the episodes were written.

When I say "cute couple" I'm saying that Aunt Holiday and Auntie Lofty are a cute couple. Yes.

“Nicole and I thought this was a great opportunity to organically introduce an LGBTQ couple in the series, and we asked [toy manufacturer] Hasbro and they approved it,” Vogel said, adding that the idea had always been in his mind.

Vogel also told People on Thursday the timing of the episode, "The Last Crusade," is a happy coincidence. The episode was already aired in Europe on Friday and aired in the United States on Saturday.

“I think it’s fantastic that we can show that what truly defines a family is love — that, to me, is the core of ‘My Little Pony’,” co-showrunner Nicole Dubuc told Buzzfeed News.

The news follows Mr. Ratburn from PBS kids’ show “Arthur” coming out as gay and getting married during the premiere of the show’s 22nd season. The episode sparked celebrations from longtime fans of the show, but also some backlash, with Alabama Public Television refusing to air the episode.