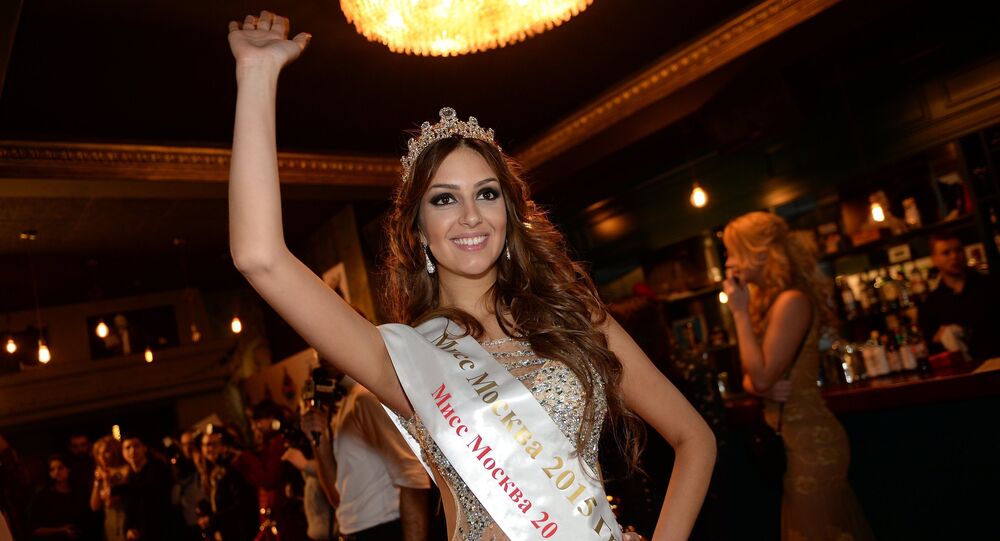 Rihana Petra used to be called Oksana Voevodina and was crowned Miss Moscow in 2015 before she married former King Sultan Muhammad V in 2018. Her husband abdicated the throne shortly after the wedding. Rumours followed that their marriage was on the rocks. However, in May the couple became parents to a baby boy.

Russian beauty queen Rihana Oksana Petra has teased fans with a sneak peek of her family life with former Malaysian King Sultan Muhammad V and their firstborn on her Instagram. The 25-year-old Miss Moscow 2015, who made headlines after her wedding with the ex-Malaysian monarch last year, posted the first photo with her new-born son and opened up about her life as a mother to this very special baby.

“Our life has changed since this little cute bunny came to our world. He came here to give love and to be loved. When one person starts to take care of another one more than about himself, love turns into a family. Family and children are the most important things in this life”, she posted, calling on her followers to “take care of each other”.

As the woman, who changed her name from Oksana Voevodina to Rihana Petra and converted to Islam, revealed earlier on her social media that she and her royal husband became parents on 21 May. She said that her “life was divided into ‘before" and "after’” and thanked Allah and her husband for their son, named Tengku Ismail Leon Petra Bin Tengku Muhammad V Faris Petra.

21 May 2019 - the Day, when my life was divided into "before" and "after". Everything that I was told about the changes occurring with a woman after the birth of a baby is true. This love is special. These feelings are completely new. I am greatful to Allah and my husband for our son. Now there are three of us. Thank you for choosing our family, Tengku Ismail Leon Petra Bin Tengku Muhammad V Faris Petra 21.05.2019- день, когда моя жизнь разделилась на "до" и "после". Все, что мне рассказывали об изменениях, происходящих с женщиной после рождения малыша - чистая правда. Эта любовь- особенная. Эти чувства- совершенно новые. Я благодарна Всевышнему и мужу за нашего сына. Теперь нас трое. Спасибо за то, что выбрал нашу семью, Тенку Исмаил Леон Петра Бин Тенку Мухаммад V Фарис Петра

Although Voevodina’s Instagram feed is a collection of “happy couple” shots and portraits of her wearing traditional Islamic clothing, earlier, a number of media outlets spread reports of an upcoming divorce between Malaysia’s outgoing king and his Russian wife, citing hearsay and unnamed “insiders”. However, her father and friends dismissed these claims, claiming the aforementioned reports are based on "fake facts".

The former model and Sultan Muhammad V, who kept the title after his resignation, made headlines in November 2018 when they tied the knot in a lavish wedding ceremony held in the prestigious Moscow suburb of Barvikha. Sultan Muhammad V resigned as the supreme ruler of the country just weeks later, on 6 January, fanning speculation about his marriage being the reason for the move, as the Malaysian rulers’ council refused to crown Voevodina, despite her embracing Islam.